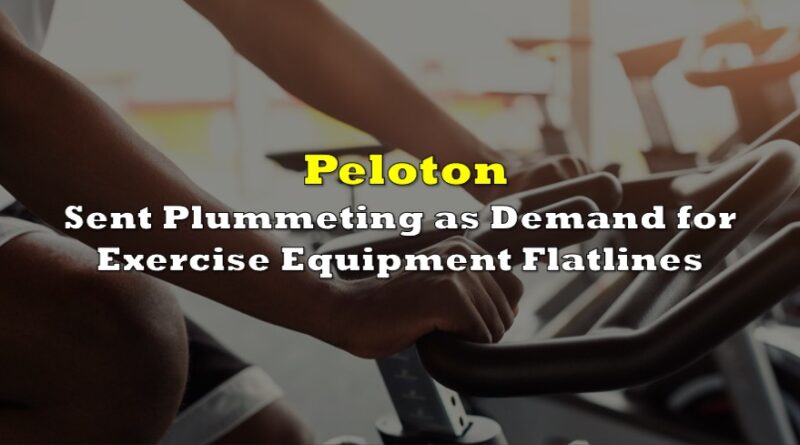 Shares of Peloton (NASDAQ: PTON) were sent plummeting on Thursday in after-hours trading, after the exercise equipment maker posted less-than-dismal sales growth and a downgraded outlook as demand for its treadmill with an iPad glued to it continues to wane.

According to its fiscal first quarter earnings, Peloton suffered a significant deceleration in sales growth and a worse-than-expected loss, which prompted the exercise equipment maker to slash its full year outlook. Revenue came in at $805.2 million, marking an increase of 6% from a year earlier, but still shy of Refinitiv expectations calling for $810.7 million.

In the three months ending on September 30, the company suffered a net loss of $376 million following a net income of $69.3 million a year earlier, which translates to a loss per share of $1.25— substantially worse than forecasts calling for a loss of $1.07. Although Peloton reported that subscription revenue jumped 94% to $304.1 million, its sales of connected fitness products were down 17% to $501 million.

But, there was more bad news: Peloton’s annual sales growth for the quarter came in at a paltry 6% against a jump of 230% in the first quarter of last year, while operating expenses skyrocketed 140% year-over-year, and sales and marketing expenses soared 148%. As a result of the unsustainable figures, Peloton was forced to cut its forecast and update its outlook in ranges rather than single estimates.

The exercise equipment maker now expects revenue to fall between $4.4 billion and $4.8 billion, which is substantially lower than analysts’ forecasts calling for an average of $5.4 billion. Peloton also anticipates its connected fitness subscriber count will be anywhere between 3.35 million and 3.45 million, falling short of the previous outlook calling for 3.63 million. “The primary drivers of our reduced forecast are a more pronounced tapering of demand related to the ongoing opening of the economy, and a richer than anticipated mix of sales to our original Bike,” Peloton said in a statement.

Indeed, Peloton is right: the lifting of Covid-19 restrictions has prompted more consumers to turn their overpriced exercise equipment into clothes hangers and head outdoors instead, tossing out with them shares of Peloton, which have fallen more than 40% since the beginning of the year.

Information for this briefing was found via Peloton and Refinitiv. The author has no securities or affiliations related to this organization. Not a recommendation to buy or sell. Always do additional research and consult a professional before purchasing a security. The author holds no licenses. 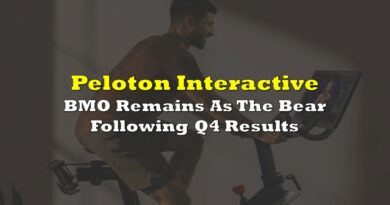 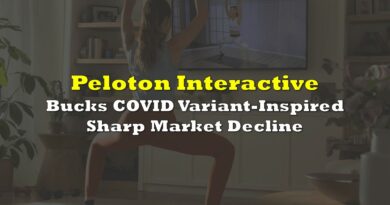 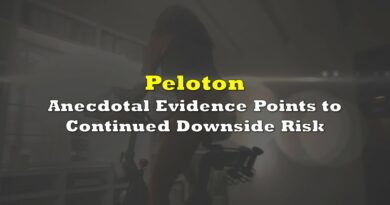