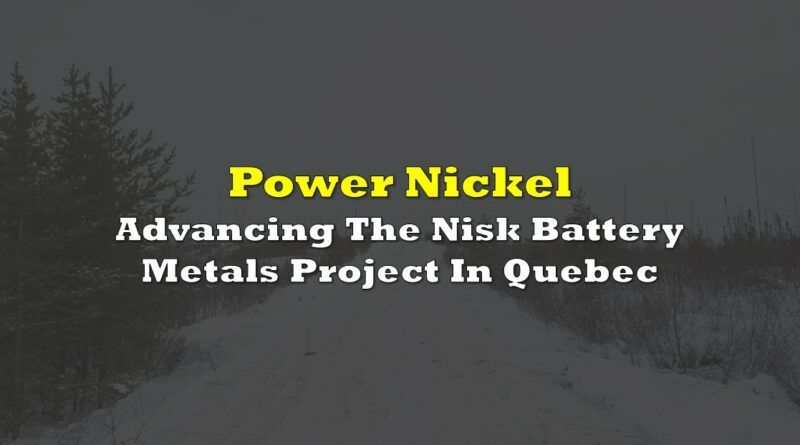 Historical exploration of the property identified numerous high-grade intercepts of Class-1 Nickel, which is highly sought after and relatively rare. The property also has a variety of different minerals used in battery metals, including copper, cobalt, palladium, and platinum.

On Monday, Power Nickel reported the first results from its recently completed 11-hole fall drilling program at the Nisk Main Zone. The results are very encouraging, showing that not only has mineralization now been extended at depth by 150 metres and to the east, but also appears to confirm the presence of high grade nickel, copper, cobalt, and platinum group minerals.

Assays have been returned for two holes to date, for which highlights include:

What makes these results particularly significant is that these holes were drilled in an area where no resource was previously modeled, therefore it represents the potential for increased tonnage for the property’s resources calculation.

Although not NI 43-101 compliant, a 2009 technical report on the property showed historical resources of nickel, copper, cobalt, palladium and platinum as follows.

Power Nickel’s recently completed drill program was conducted to not only confirm the historical resource calculation, but also to increase additional resources in preparation of filing a new NI 43-101 technical report for the Nisk project.

The Nisk property, which is considered to be nickel sulfide in nature, is hosted within the Lac des Montagnes volcanic-sedimentary formation that underlies a large part of this region. A characteristic of nickel sulfide deposits found around the world is that they appear as pods. This appears to be the case at the Nisk property where there are a series of pods, which the company describes as a string of pearls, along the strike length of the property. More exploration work will certainly be needed to confirm this, and to delineate the size and scope of the mineralization zones on the property.

Existing drilling indicates that mineralization is open along strike and at depth, and due to the size of the property, Nisk has the potential to be one of the greenest sources of class-1 nickel in the world while also containing other battery metals.

The region has excellent infrastructure due to the proximity of the James Bay Hydroelectric plant and a road network that was built to support the local communities and previous mining exploration activities in the area. The Whabouchi lithium deposit near the town of Nemaska is considered to be one of the world’s largest and richest spodumene hard rock lithium deposits. The Nisk project is accessible by road and a power line cuts across the property, enabling Power Nickel to benefit from the availability of low-cost, low-carbon electricity.

Power Nickel will be well capitalized to execute its exploration activities. Last week, the company closed on a $4.2 million financing consisting of both flow through and non-flow through shares, while at the same time revealing that the financing will enable the firm to expand its ongoing drill program by 7,500 to 10,000 metres.

Power Nickel has a management team with decades of extensive mining and capital markets experience, whose operating philosophy is to develop projects to a pre-production stage to facilitate a sale of the assets to a larger player, whom will ultimately put the project into production and provide PNPN shareholders with a lucrative windfall exit. With 91.91 million shares outstanding and a market capitalization of $15.6 million, Power Nickel is in a position to advance the Nisk project into potentially becoming Canada’s next nickel mine and a leading supplier of high-grade Class-1 nickel to North America’s EV battery manufacturers. 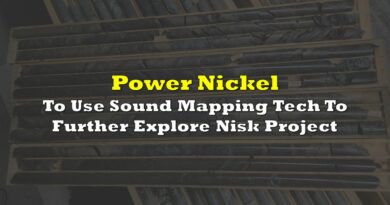 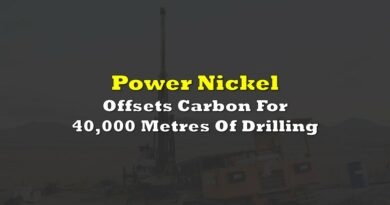 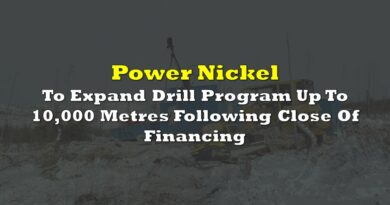