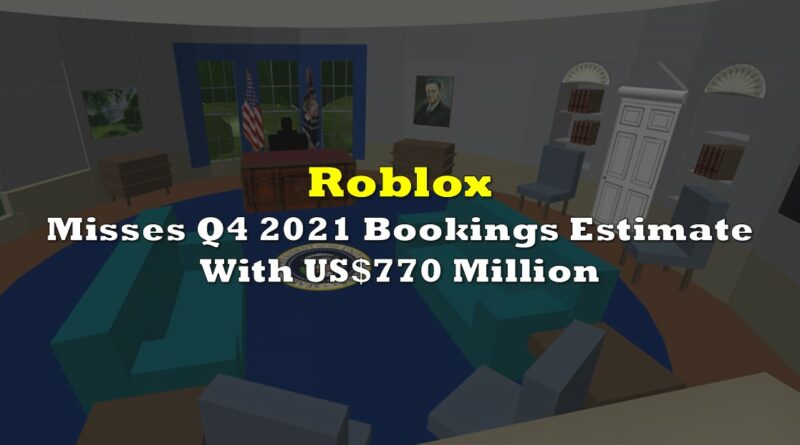 Roblox (NYSE: RBLX) reported on Tuesday its Q4 and full-year 2021 financial results. The gaming company reported bookings of US$770.1 million, missing the street estimates of US$782 million.

Nevertheless, this is an increase from both Q3 2021’s US$637.8 million and Q4 2020’s US$642.3 million figures. Corollary, its full-year 2021 bookings of US$2.7 billion is also a 45% increase over its 2020 figures. Bookings, as per the company, is defined as “revenue plus the change in deferred revenue during the period and other non-cash adjustments,” which in layman terms includes the use of virtual currencies.

After releasing its financials late on Tuesday, its shares plummet 20.89% post-closing bell.

“The foundation we put in place that allows us to invest in our business while continuing to generate strong cash flow is one of the most unique aspects of our business,” said CFO Michael Guthrie. “Our 2021 results demonstrate that the investments we were able to make in our technology and developer community are generating strong returns, and we will continue leaning into the business as we focus on the large, long-term growth opportunity ahead of us.”

The firm recorded its lowest free cash flow since the second quarter of 2020 with US$77.3 million.

Further, the firm ended the quarter with US$3.00 billion in cash and cash equivalents, coming from a starting balance of US$1.93 billion. The cash inflow was heavily driven by US$990.0 million proceeds from issuing 2030 notes. This puts the balance of the current assets at US$3.75 billion while current liabilities ended at US$2.17 billion.

According to CEO David Baszucki, part of the firm’s strategy to widen its “nearly 55 million daily active users” base is continuing to “develop [its] technology to enable deeper forms of communication, immersion, and expression” in 2022. The gaming platform recently announced its partnership with National Football League for its metaverse football experience NFL Tycoons, based on the Super Bowl LVI.

The platform has seen an increasing trend of its user base, recording 49.5 million daily active users for the quarter. Around 23.6 million of these users are ages 13 and below, a 21% increase year-on-year.

Gerber Kawasaki ETF portfolio manager Ross Gerber defended the firm by saying it is “the safest platform” that he allows his kids to play.

Mad Money host Jim Cramer also previously advocated for the firm, noting that it is the “kind of stock [he’s] willing to plow through.” After the earnings release, he seems to have acknowledged the dip but claims it is “a terrific long story.” 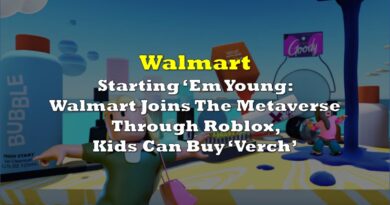 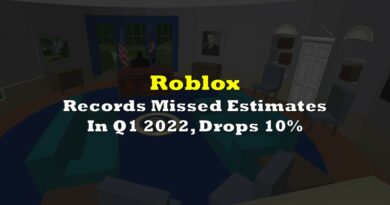 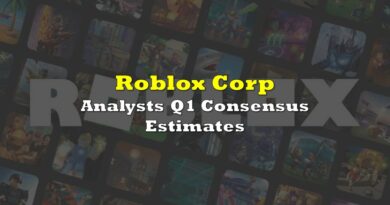