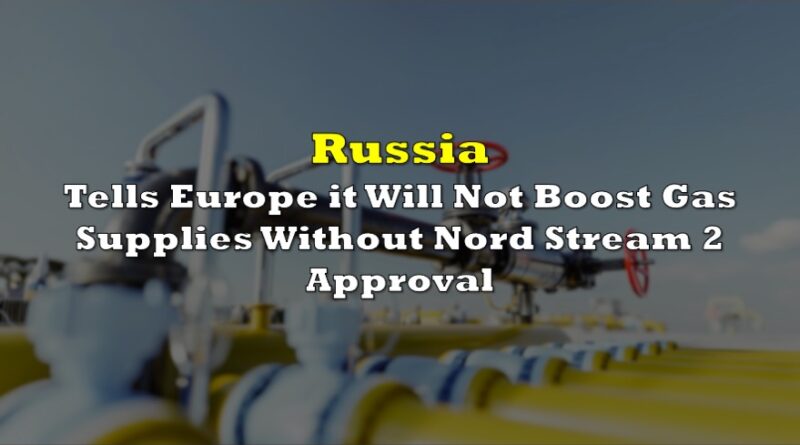 Russia has told Europe it will not go out of its way to ensure that the bloc’s consumers will have adequate natural gas supplies ahead of the winter months unless Nord Stream 2 receives final approval, further adding strain to an-already out of control global energy crisis.

As Europe continues to face a worsening energy crisis that threatens to send natural gas prices way into the exosphere, Russian President Vladimir Putin has once again reminded Europe who exactly it is that calls the shots. According to Bloomberg, which cited individuals familiar with the matter, Russia’s state-run gas company Gazprom, alongside the Kremlin, said it will not increase gas supplies to Europe in an effort to calm surging prices without getting something in return.

Specifically, Russia wants European Union government officials to grant the Nord Stream 2 pipeline regulatory approval in order to turn the taps on and start pumping gas shipments to Germany. “We cannot ride to the rescue just to compensate for mistakes that we didn’t commit,” said Kremlin legislator Konstantin Kosachyov, as cited by Bloomberg. “We’re fulfilling all our contracts, all our obligations. Everything on top of that should be a subject for additional voluntary and mutually beneficial agreements.”

On Monday, Nord Stream 2 said it has filled the first segment of its pipeline, and is ready to begin shipping natural gas supplies to Europe is as soon as regulatory approval is granted. Comically, Bloomberg spun the announcement as if it was Russia’s duty to ensure that Europe’s gas supplies remain adequately fulfilled, rather than the bloc’s top politicians. “…As surging fuel costs have caused increasing economic havoc, pressure has grown on Russia, Europe’s largest supplier, to pump more. Extra Russian gas is seen as the main way to avoid an even deeper supply crunch in the middle of the winter.”

In reality, if energy prices fail to subside— and European bureaucrats don’t have a hyperinflationary epiphany anytime soon— the bloc’s ESG-obsessed politicians will soon face an angry mob of scrutiny that will force them to secure supplies for Europe at any cost. Russia, for its part, will merely have to sustain its contract obligations, and if the country so chooses to forgo boosting natural gas exports, then that is entirely its own decision. 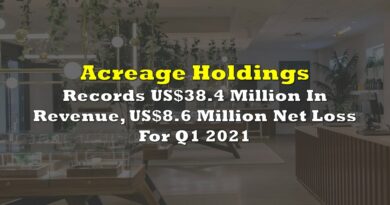 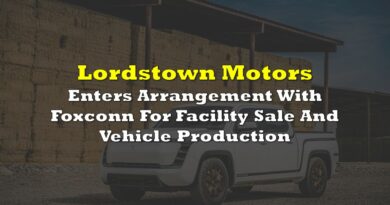 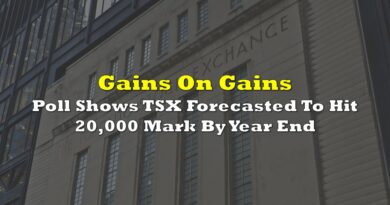