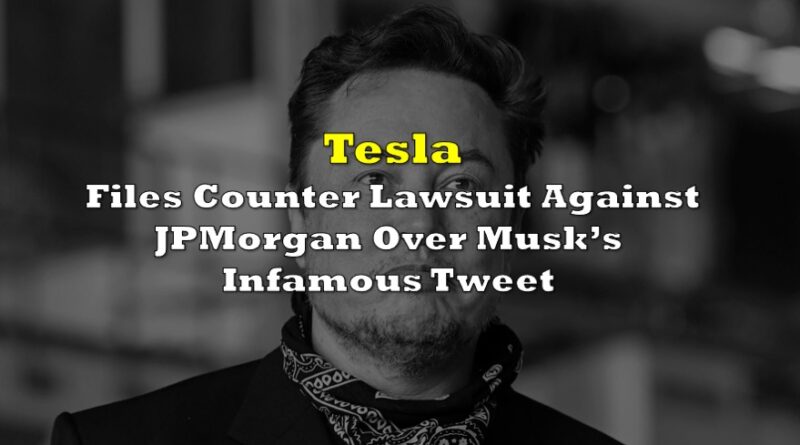 Tesla (NASDAQ: TSLA) has taken its legal battle with JPMorgan to the next level, filing a counter-lawsuit against the Wall Street bank over a disputed bond contract following Elon Musk’s infamous 2018 tweet regarding his electric car company.

As reported by Reuters, Tesla filed a claim in Manhattan federal court on Monday, accusing JPMorgan of attempting to gain “windfall” over a tweet published by Elon Musk back in 2018, where the CEO teased that he may take Tesla private. According to the countersuit, Tesla is alleging the Wall Street bank is acting in “bad faith and avarice” for seeking $162.2 million after adjusting the terms of the warrants it collected back in 2014 when the carmaker sold convertible bonds.

The issue in question relates to a 2014 deal where JPMorgan agreed to purchase stock warrants on Tesla, allowing the bank to acquire the EV maker’s shares at a pre-determined price. However, JPMorgan argued that in 2018, Elon Musk announced via twitter that he may take his company private, but an ensuing decision not to do so caused the bank to alter the warrants’ strike price.

In November, JPMorgan filed a suit demanding cash or Tesla shares once the warrants reached their expiry date in 2021. In response, the EV maker said that the bank’s proposed revisions were not necessary at the time. Now, however, Tesla has escalated its claim, saying JPMorgan’s adjustments were contravening the contract and were entirely in favour of a larger payout for the bank.

“JPM’s conduct between August 2018 and 2021 was entirely self-serving and intended to gain JPM the improper benefit of a discount on the price of Tesla shares that were gaining rapidly in value,” read Tesla’s filing. 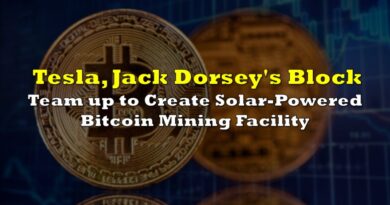 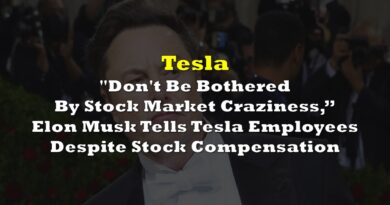 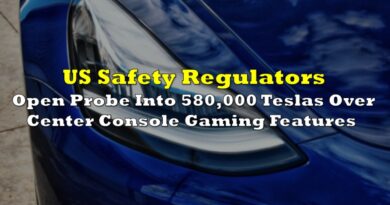