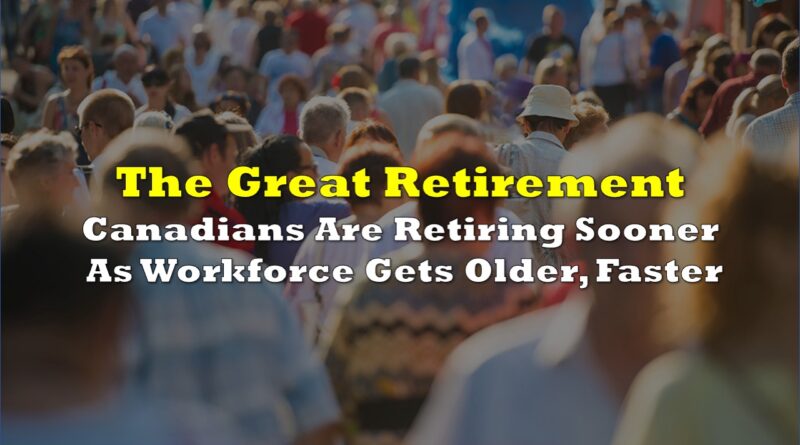 There’s one more thing for Canada to worry about: the workforce is aging, and it’s shrinking faster than the country could be able to keep up.

Data from Statistics Canada show that while the country’s labor force grew in August, it was coming from a drop in the two previous months, and it’s still lower than the number before the summer. What’s alarming is that it’s not just the usual 65-and-overs who are leaving the workforce for good, but a record number of Canadians aged 55-64 are reporting that they retired in the last year.

While it’s great that many are packing up and living the dream in this post-pandemic world, analysts say that the departures could weigh down the country’s economic growth, intensifying fears of the economy falling into recession.

The Great Retirement means that the country will lose a good portion of its most highly skilled workers, thus leaving businesses in a panic, causing wages to be pushed up higher and faster, and dragging down an already slipping productivity rate.

“The risk you have, and in some sectors you’re already seeing it, is that people are leaving without there being enough younger workers to take over,” Jimmy Jean, chief economist at Desjardins Group told Reuters. “So there’s a loss of human capital and knowledge.”

And the workforce that Canada still has, alarmingly, also never been older. Statscan data shows that one in five workers in Canada is 55 or older.

Over 620,000 Canadian joined the 65-and-over age cohort during the pandemic.

Information for this briefing was found via Statistics Canada and Reuters, and the sources and companies mentioned. The author has no securities or affiliations related to this organization. Not a recommendation to buy or sell. Always do additional research and consult a professional before purchasing a security. The author holds no licenses. 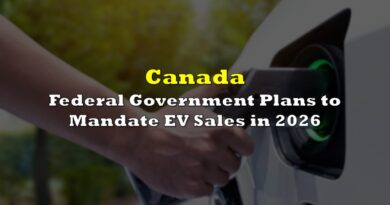 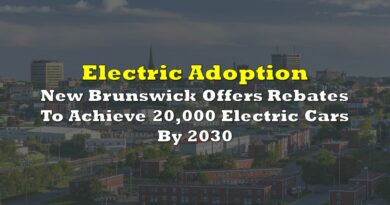 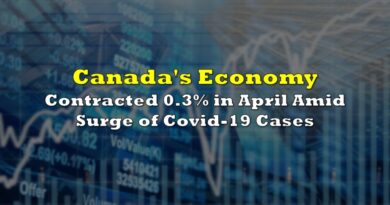 Canada’s Economy Contracted 0.3% in April Amid Surge of Covid-19 Cases