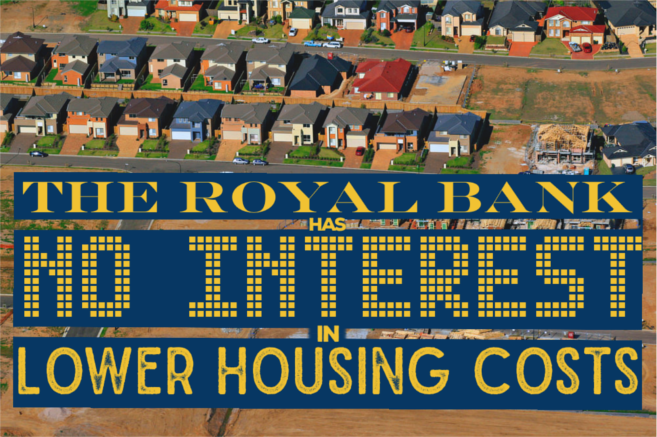 In our last post about housing costs, this column looked at the anatomy of the average mortgage, and the squeeze that is being put on mortgage holders as rising rates at the Bank of Canada push the variable rates on mortgages issued by Canadian lenders past the trigger rates.

Our example was a borrower whose rate went from 4% to 5.9%, causing his $3,000 / month payment to fall short of the monthly interest accruals.

We also featured a letter from The Royal Bank of Canada (TSX: RY) that had been posted to twitter by a garden variety Vancouver Real Estate Guy, informing a borrower of a payment increase.

The poster was soon reminded by an observer of a tweet he made several months earlier, in which he furthered a misunderstanding of the way the bank handles payment increases when a variable rate mortgage hits its trigger rate.

Real Estate Guy replied with a copy of the language that tricked him into thinking that the mortgage payment would only go up “$2 measly dollars.”

Without letting him off the hook for sloppy diligence, the bank didn’t exactly discourage this interpretation. If we take the part about “a series of $2 amounts” out…

…it’s a lot easier to understand that the minimum payment is raised all at once, in the same month, to keep the loan balance on a declining slope.

To a real estate investor, the interest is almost an abstraction. The investment is in the property. Interest is the money they’re paying to rent the money being invested in the property. They worked it out so that the payment was a number that themself or a tenant could generate every month as a housing cost, because the realistic prospect of consistent monthly payments is what the bank needs to see before it gives up the money.

The Royal Bank sells 30 year mortgages with monthly payments at the razor’s edge of the interest accrual, because that’s the kind of mortgage that sells, and selling mortgages is the business it’s in.

Housing costs are the foundation of Canadian banking

RBC doesn’t make it easy to figure out what it earns from its mortgage portfolio, but the balance sheets give us a year-by-year split of its outstanding loan assets that breaks out the mortgages.

In any given year, about half of the loans on RBC’s balance sheet are mortgages. There’s no telling how many of the institutional loans were taken out by other banks to make their own mortgage loans, or to average out the different rates being earned on the different loans, so let’s just take a portion of RBC’s net interest income proportional to the bank’s mortgage loan assets in its loans portfolio in each year, and use it to represent RBC’s income from mortgage interest.

This is the Royal Bank’s mortgage loan assets, and the net interest income they generate for the bank. The chart is effectively the other side of the example loan chart from the trigger-rate post, lumped in with a few thousand of the borrower’s closest friends’ housing costs and the housing costs of their tenants.

It’s net interest, because the cost of borrowing the money being lent from depositors and other banks is already figured in. The bank’s yield on those loans, after costs, is somewhere around 3% per year. The bank likely also generates income from fees it charges surrounding mortgages (refinancings, early paybacks, etc.), but we’ll stick to the interest to keep it simple.

When we break out the bottom row, and plot it next to the bank’s bottom line, after-tax profit in each of those years, it’s clear that the borrowers’ housing costs are an important part of this business.

But the most important part of any business is its shareholders.

At RBC, the shareholders are so important that over the past 10 years, on average, the company has returned 108% of its annual bottom line profit to them through dividends and buybacks.

Anyone wondering how a bank can stay in business while giving more than all of its after tax profit to its shareholders should have probably already guessed:

The Royal Bank operates under a government-granted charter, borrows the money it lends for the mortgages at a special rate from the government’s bank, and insures the mortgage loans they make against default using the CMHC, the government’s purpose-built mortgage insurance company. With that kind of backing, the money makes itself. If the shareholders just leave it laying around, someone might get the idea that they aren’t using it.

Seeing as the government and its bank are very publicly worried about the effect that rising rates might have on the leveraged housing investments that they’ve built into the very fiber of the country’s economy, and also sometimes feign interest at high and rising housing costs, maybe the government ought to make some rules about what the bank can charge for a mortgage.

The Royal Bank didn’t need that dividend money for its operations. If it did, it wouldn’t have payed it out to the shareholders. What if the homeowners, whose debt and deposits carry this bank, got to keep it instead?

…the interest on RBC’s mortgage portfolio is still yielding an average of 1.25% for the bank, the mortgage holders’ debt is easier to service, and the shareholders still have their buyback money. They’d probably cry about it anyhow, but that’s just a bonus.

“Do you have any idea how much INFLATION reduced housing costs would cause!?”

A policy capping the interest chartered banks could charge on mortgages sounds like it would have Vancouver Real Estate Guys lined up around the block, ready to borrow their way up the class ladder, so it would have to be a policy to cut housing costs, instead of a policy to cut their borrowing costs.

It may seem hard to believe, but The Dive’s extensive analysis indicates that not all landlords would immediately pass their mortgage cap savings through to lower their tenants’ housing costs. There are bound to be a few bad apples who aren’t in the slum lord business to be altruistic home providers, and are just doing it for the money! So, a mortgage cap would have to come with associated laws capping the rent a landlord could charge, just to make sure nobody took advantage.

If those sound like restrictions that would drastically limit the real estate industry’s ability to participate in our economy, it’s because that’s the whole idea. The real estate sector is built around giving banks and landlords a free ride on the housing costs of wage earners. Setting a choke on what it can produce would definitely upset the Vancouver Real Estate Guys, but that’s just another bonus. The upshot is that it would take the housing costs out of inflation.

The notion that finished housing has to produce a good return for its owners to incentivise housing builds, a common argument against rent control, doesn’t add up given the housing shortage we’re facing right now, in an environment where housing costs as much as it ever has.

If residential housing ceases to be a high-yielding income asset, and the bank’s stock no longer pays 108% of its net earnings, it will force capital to look elsewhere for opportunity, and that capital could go a long way to following through on the matra that the housing shortage could be solved by creating more housing stock.

There would still be plenty of money to be made buying a plot of land, having it zoned for housing, building the housing, then selling that housing to people who want to live in the houses, or want to rent them out at a governed-to-be-reasonable rate. A developer of housing is making money off of work that adds value. So much value, in fact, that the government will lend them 100% of their construction costs at 2% interest for 10 years.

It’s the owning of the housing as an income-generating asset that loses its lift. And maybe it ought to.

The victims in a rule change like this, naturally, would be the professional landlords, and the bank’s shareholders, who would lose their income, and probably some of their equity, which might be a nice change. That’s income and equity that the banks have been squeezing out of people with mortgage and rent obligations since at least the 1980s and, unless we want to carry on with housing costs at 60%-90% of the median income, someone has to take a hit.

Information for this briefing was found via the CMHC, Sedar and the sources mentioned. The author has no securities or affiliations related to this organization. Not a recommendation to buy or sell. Always do additional research and consult a professional before purchasing a security. The author holds no licenses. 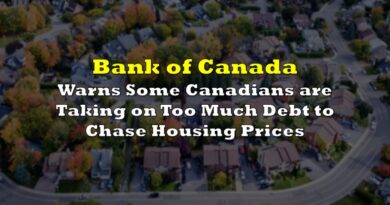 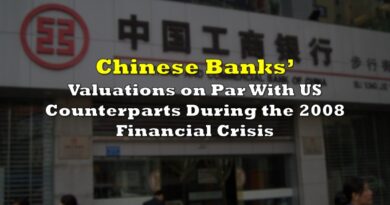 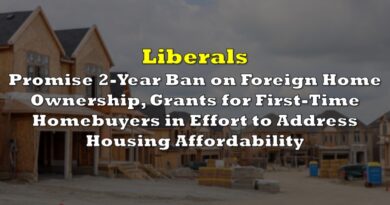