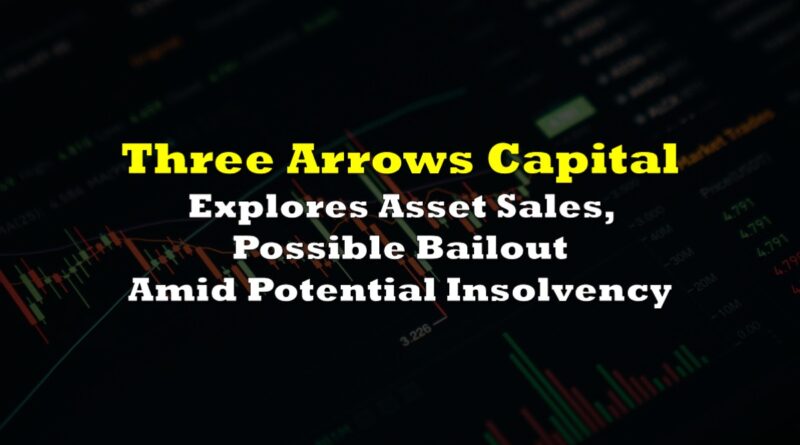 Kyle Davies, co-founder of cryptocurrency-focused hedge fund Three Arrows Capital (or 3AC), has broken the firm’s silence on its alleged liquidation and potential insolvency through an interview with the Wall Street Journal on Friday.

Before this, the closest the firm had to a statement was a cryptic tweet posted by co-founder Zhu Su.

According Davies, they have hired legal and financial advisers to help work out a solution for the firm’s investors and lenders. They are currently exploring their options, including sales of their remaining assets, as well as a possible bailout by another firm.

3AC is grappling with major losses from a series of unfortunate events, beginning with the collapse of TerraUSD and its sister token Luna last month.

Impact of the Terra-Luna collapse

“The Terra-Luna situation caught us very much off guard,” Davies said in the interview. 3AC, along with other large investors including DeFiance Capital, Republic Capital, GSR and Tribe Capital, participated in the US$1 billion token sale of Luna Foundation Guard, a nonprofit started by TerraUSD creator Do Kwon, earlier in June. The proceeds went to a bitcoin-dominated reserve for TerraUSD, with the goal of helping peg the stablecoin’s value to US$1.

As part of this deal, 3AC invested around US$200 million in LUNA, and this investment was obliterated when both TerraUSD and LUNA crashed shortly after. The co-founder added that while 3AC was able to withstand the losses from the Terra collapse, the subsequent events that dramatically brought down the prices of Bitcoin and Ether in the past weeks have “created more problems,” he said alluding to the massive liquidations of 3AC’s positions when these two currency’s plummeted to record lows since December 2020.

Search for Investors for a new arbitrage trade

The Block’s Frank Chaparro released an article also on Friday, reporting that a few days before 3AC “was liquidated across several crypto exchanges, its affiliated over-the-counter trading firm pitched investors on a new opportunity.”

The arbitrage opportunity was that 3AC could lock up Bitcoin with TPS Capital for a year, “and receive a promissory note in return for the Bitcoin.”

According to a source, 3AC pitched to many people. Another source, who had access to the investment deck, said that 3AC started circulating the deck on June 7, a few days before the liquidations started. The Block surmised that the pitch was likely a “last-ditch effort to save the company after a series of crypto bets soured.”

3AC has yet to respond to accusations from 8 Blocks Capital CEO Danny Yuan. Last week, he posted a series of tweets on how 3AC misappropriated about US$1 million 8 Blocks’ accounts with 3AC, and essentially ghosted them after they picked up on the missing funds.

Yuan later reported that they were able to recover most of their remaining funds with the help of the trading firm MGNR.

The CEO also called out to platforms that still held 3AC assets to freeze them so lenders can be paid back in the future.

In April, just a month before the Terra-LUNA collapse, 3AC was managing about $3 billion in assets. Zhu and Davies founded the hedge fund in late 2012 with just US$1.2 million, and initially traded currencies from emerging markets before focusing heavily on cryptocurrencies. They have become, in the last almost decade, one of the world’s biggest crypto holders.

Information for this briefing was found via The Wall Street Journal, The Block, and the sources mentioned. The author has no securities or affiliations related to the organizations discussed. Not a recommendation to buy or sell. Always do additional research and consult a professional before purchasing a security. The author holds no licenses. 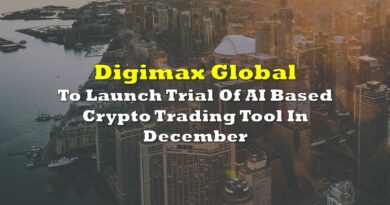 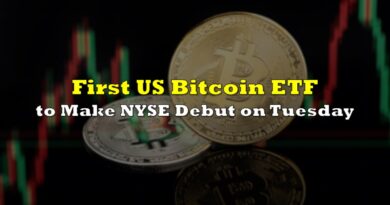 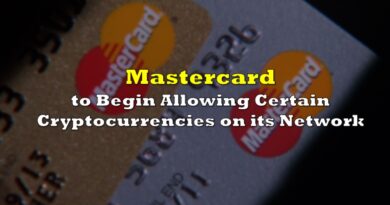