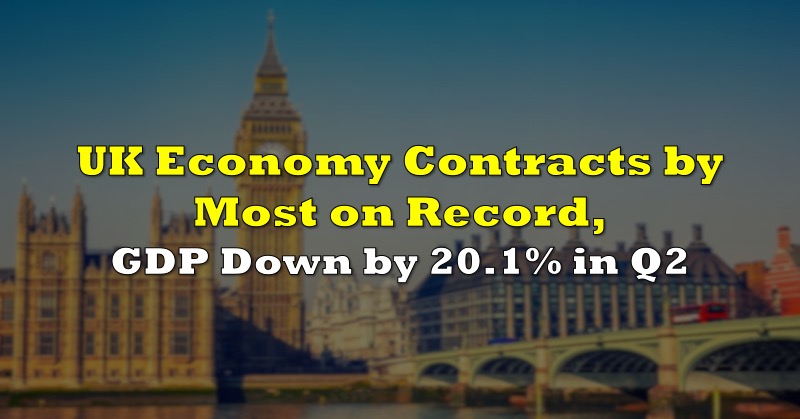 It appears that the UK has bogged down after spinning its tires endlessly in the mud pit that is the global economic fallout, and finally entered such a severe recession that one like it has not been witnessed across records dating back to 1855.

The UK’s economy contracted by a staggering 20.4% in the second quarter – by far the most compared to any other European country thus far. According to the latest figures, the economic damage appears to stem across a broad range of sectors, with most notably the hospitality industry suffering a loss of 75%. The construction industry experienced a contraction of 35%, after rebounding slightly in June. The Services industry, which accounts for the largest portion of the UK’s economy, fell by 20%, meanwhile industrial production declined by 17%.

To further attest to the grim economic situation, consumer spending in the UK is down by 23.1%, while business investment dropped by 35%. Moreover, salaries and wages decreased by 1.6% – the largest decline since 2008, and the first decline in over five years.

According to a report by Pantheon Macroeconomics chief UK economist Samuel Tombs, the UK government’s lethargic response during the coronavirus pandemic’s onset lead to a significantly longer duration of lockdowns in the second quarter. In addition, the government also crucially failed at stopping the spread of the virus between hospitals, which further fuelled the country’s current economic condition.

So far, billions of pounds have been thrown at the UK’s financial system as an attempt to prop it up via lending programs and bond purchases. The UK’s central bank also lowered its key interest rate to near-zero, but did warn that the longer in duration the current recession lasts, the more profound the economic scarring will be.

Information for this briefing was found via the Office for National Statistics and Bloomberg. The author has no securities or affiliations related to this organization. Not a recommendation to buy or sell. Always do additional research and consult a professional before purchasing a security. The author holds no licenses. 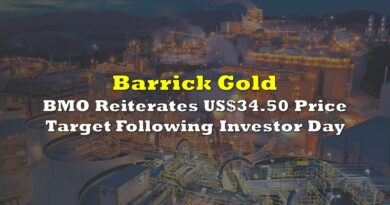 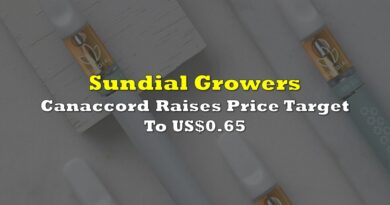 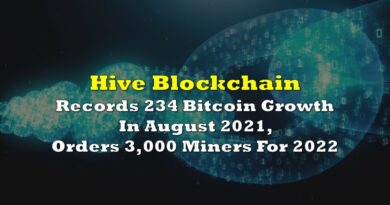