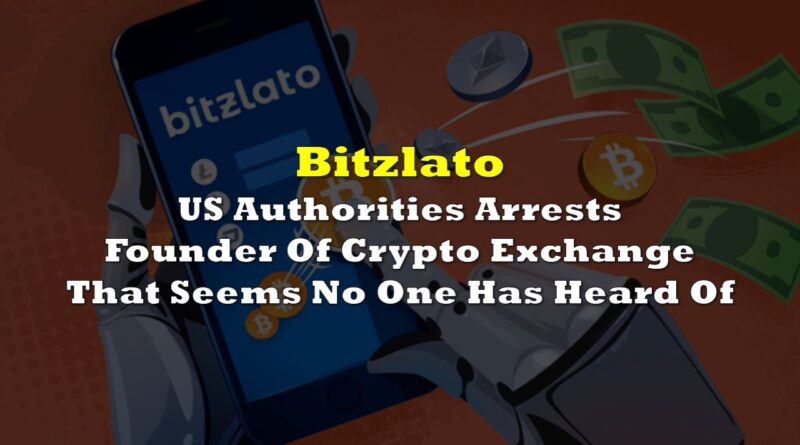 The US government arrested Anatoly Legkodymov, a Russian national and co-founder of Bitzlato, a Hong Kong-based crypto exchange, Tuesday on suspicion of facilitating the transfer of criminal funds.

The unsealed complaint accuses Bitzlato of running a money-transfer firm that facilitated illicit fund flows for reasons such as money-laundering, totaling more than $700 million in revenues for a range of cyber criminals.

“Institutions that trade in cryptocurrency are not above the law and their owners are not beyond our reach,” stated U.S. Attorney Breon Peace. “As alleged, Bitzlato sold itself to criminals as a no-questions-asked cryptocurrency exchange, and reaped hundreds of millions of dollars’ worth of deposits as a result. The defendant is now paying the price for the malign role that his company played in the cryptocurrency ecosystem.”

According to the complaint, the Hong Kong-registered exchange has processed over $4.5 billion in cryptocurrency transactions since 2018. The firm demanded little identification from its users, allowing it to become a “haven for criminal proceeds and funds intended for use in criminal activity,” according to authorities.

They added that the firm was aware of the problems, citing an internal memo in which Bitzlato was defined as processing “dirty money” without following regular customer-vetting procedures.

The authorities also claim Bitzlato was a vital resource for the notorious darknet market Hydra, which was previously shut down by the Justice Department last year. Hydra purchasers allegedly used Bitzlato crypto accounts to fund illegal drug purchases, stolen bank information, and hacking tools, while Hydra sellers allegedly sent criminal proceeds “to the tune of over $700 million” in direct and indirect transfers between 2018 and 2022.

Federal authorities confiscated Bitzlato’s servers, which included communications reportedly sent by the 40-year-old Legkodymov to colleagues via the company’s internal chat system, acknowledging that Bitzlato’s users were “known to be thieves.”

Amid a very tenuous crypto industry marred by complaints of fraud and bankruptcies, an arrest of another crypto exchange founder following FTX’s Sam Bankman-Fried would probably hit the digital finance space hard.

But apparently, no one has heard of Bitzlato.

However, Legkodymov’s arrest and the seizure of Bitzlato might have a deeper significance than it appears. The world’s largest crypto exchange, Binance, was named as the top three receiving and sending counterparties associated with Bitzlato, according to the order from the Treasury’s Financial Crimes Enforcement Network (FinCEN).

“Approximately two-thirds of Bitzlato’s top receiving and sending counterparties are associated with darknet markets or scams. For example, Bitzlato’s top three receiving counterparties, by total amount of BTC received between May 2018 and September 2022 were: (1) Binance, a VASP; (2) the Russia-connected darknet market Hydra; and (3) the alleged Russia-based Ponzi scheme “TheFiniko,” the order said.

FinCEN formally designated Bitzlato as a “primary money-laundering concern,” which often bars a company from the global financial system.

The order, effective February 1, 2023, seeks to prevent any domestic financial institution or all covered financial institutions from transmitting payments via Bitzlato since it has played a crucial role in managing criminal transactions for ransomware operators in Russia.

A Binance spokesperson said that the crypto firm “is pleased to have provided substantial assistance to international law enforcement partners in support of this investigation.”

But Binance CEO Changpeng Zhao downplayed the issue further, concurring that the link to the crypto exchange is yet more FUD.

Information for this briefing was found via BBC, Yahoo Finance, CoinDesk, and the sources mentioned. The author has no securities or affiliations related to this organization. Not a recommendation to buy or sell. Always do additional research and consult a professional before purchasing a security. The author holds no licenses. 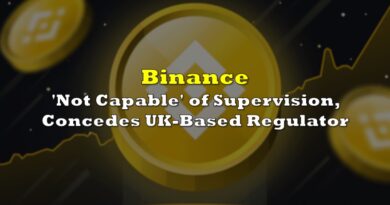 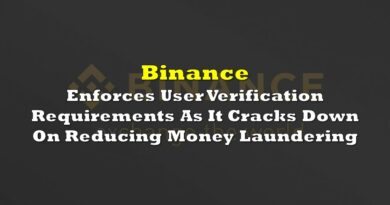 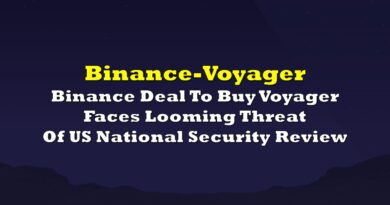