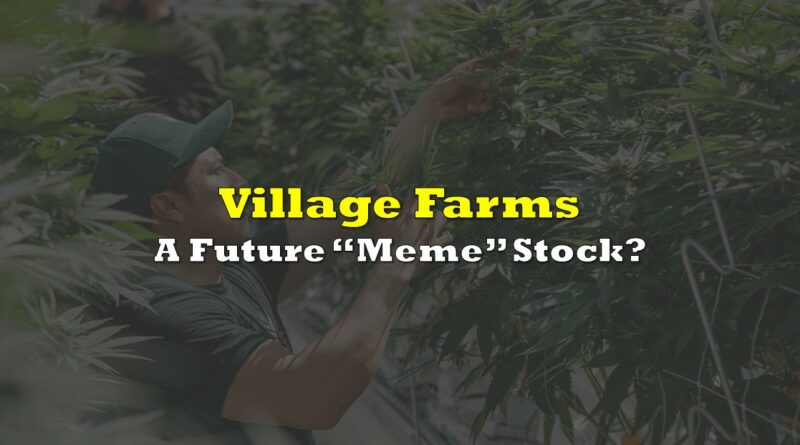 Perhaps the biggest story in the stock market over the last week or two has been the resurgence of “meme” stocks. Most prominently is that of AMC Entertainment (NYSE: AMC), which owns around 1,000 movie theaters globally.

A meme stock is generally considered a stock which:

In a number of cases this year, the valuations of meme stocks have soared to levels completely untethered to fundamentals or any traditional valuation metric.

To illustrate this valuation conundrum, after its meteoric run this year AMC has a stock market value and enterprise value of around US$26 billion and US$37 billion, respectively. Yet, its annualized revenues are only about US$600 million and its annualized EBITDA loss is around US$1.2 billion. (Both these revenue and EBITDA figures are based on reported 1Q 2021 results.)

Several media sources, including Yahoo Finance, speculate that the cannabis company Village Farms International, Inc. (TSX: VFF) could be another such meme stock candidate. The stock has lost about half its value over the last 16 months and its short interest level, around 20%, approximately matches AMC’s. Indeed, the nakedshortreport.com estimates that about 40% of all Village Farms trading volume over the last month represented short sale transactions.

Village Farms is one of the largest greenhouse growers in North America and is pursuing vertically integrated opportunities in plant-based cannabis and Cannabidiol (CBD) consumer package goods. The company’s British Columbia-based Pure Sunfarms greenhouse subsidiary is among one of the lowest cost producers in the world, and is one of the few profitable cannabis businesses in Canada.

As of March 31, 2021, Village Farms had about US$132 million of cash, which was partially offset by around US$70 million of debt. On May 21, the company announced it plans to repurchase 4.1 million of its own shares, or 5% of shares outstanding, over the next year. At current prices, that equates to about a C$50 million buyback program.

Village Farms’ operating cash flow deficit was US$14.4 million in 1Q 2021, but about US$9 million of that deficit was due to an adverse change in working capital. The company’s operating cash flow averaged about negative $2 million per quarter over the last five reported quarters. Notably, the company has just recently wholly acquired Pure Sunfarms, whom prior to the most recently reported quarter was classified as a joint venture arrangement.

Village Farms has good revenue growth prospects, but it is not yet profitable nor does it generate positive operating cash flow; nevertheless, its enterprise value exceeds C$900 million. It is possible that investors could decide the company’s valuation should be adjusted lower.

Village Farms shares two key characteristics of meme stocks that have realized explosive stock price growth in 2021 — a stock price which has declined for an extended period of time and high short interest. It is possible that social media-savvy investors may turn their attention to this company. At the very least, short-selling investors should be cautious in establishing such positions in Village Farms. 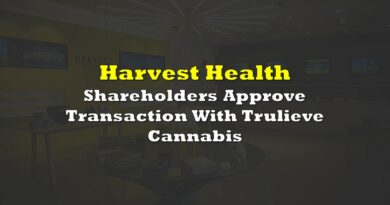 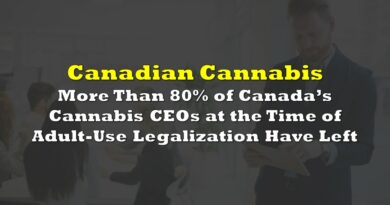 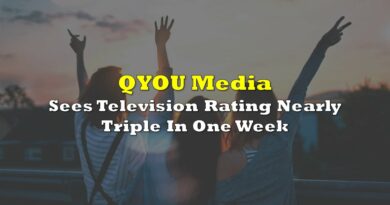