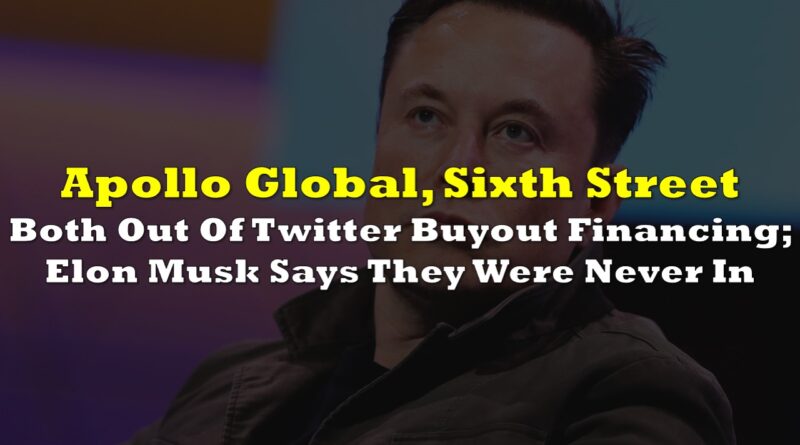 In a fresh “much-ado-about-nothing” moment with Elon Musk, the billionaire quelled the splash made by headlines about Apollo Global Management Inc (NYSE: APO) and Sixth Street Partners reportedly backing out of the deal to provide financing for the proposed US$44 billion Twitter (NYSE: TWTR) buyout.

According to Reuters, Apollo and Sixth Street were in talks to provide preferred stock financing for the transaction. At the time, the two investment firms and other investors were looking to commit more than US$1 billion in funding for the purchase.

The companies were reportedly no longer in talks with the Tesla chief regarding the buyout deal and this has made waves within the industry.

Managing Partner of The Future Fund Gary Black was quick to clarify that the two firms were not “part of the [US$7.1 billion in third-party] equity financing announced on May 4 so their non-interest is irrelevant.”

Musk also validated the explanation, simply tweeting it is “correct.”

In trying to ascertain the events, Matt Levine on Twitter said that the furor on the two firms’ withdrawals might be a follow up on the financing deal offered before but never signed for commitment.

As quickly as he decided [to try] to withdraw from the Twitter buyout deal, Musk recently made a sudden 180o and announced through an SEC filing that he would proceed with the deal after all. The commotion led to a halt on trading Twitter shares due to volatility.

The Tesla chief is being sued by the Twitter board for attempting to renege on the agreement to buy Twitter at US$54.20, as Musk cites the “bot problem” of the platform as a material concern. The case was set for trial on October 17, but should the proposed resumption of buyout talks proceed, the suit could potentially be withdrawn. 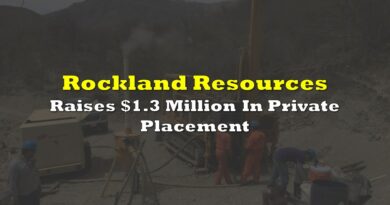 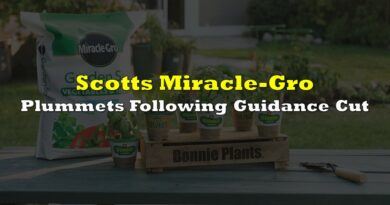