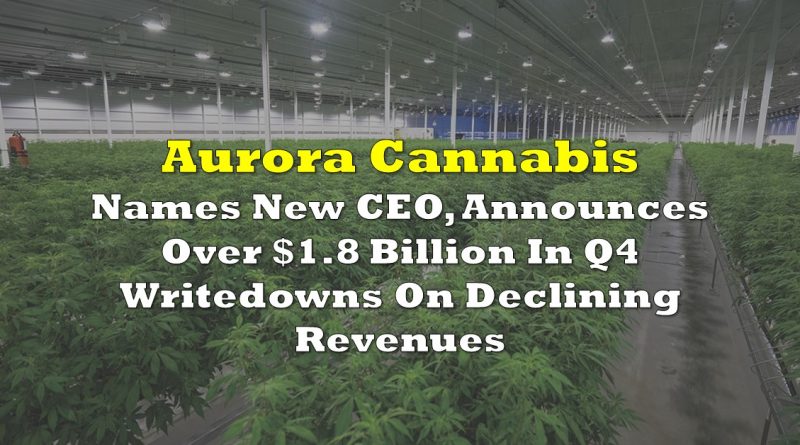 Aurora Cannabis (TSX: ACB) (NYSE: ACB) this morning finally announced their new CEO, whom as it turns out was an internal candidate from the company that came from a recent business acquisition. Further, the company announced a corporate update related to the fourth quarter of 2020 and its a doozy – the company, among other items, is expecting non-cash writedowns for the quarter of up to $1.8 billion in just goodwill and intangible assets.

First, the firms new CEO comes from inside the company. Miguel Martin, whom was the CEO of Reliva LLC, which Aurora acquired in May 2020, will now be at the helm of the firm. Martin has 25 years of CPG experience, incuding past roles of senior VP and general manager of Altria Sales and Distribution. Michael Singer, whom was interim CEO of the firm, will be resuming his role as executive chairman of the firm.

Now, on to the corporate update that was subsequently issued. The update pertains to the fourth quarter of 2020, and provides some insights into what investors can expect for financial results. Summarized, they include:

Further, the company and the UFC have parted ways for undisclosed reasons, resulting in a one time fee that must be paid by Aurora to the tune of $30 million – again demonstrating the deal-making prowess of the firm. Credit agreements have also been modified by the firm, with debt to equity covenants being reduced, along with adjusted EBITDA milestones. Finally, a revolving facility has been reduced from $43 million to $15 million, indicating the risk that the banks view the company as having.

Full financial results are expected to be released September 22, 2020 after the close of markets.

Aurora Cannabis last traded at $8.51 on the NYSE. 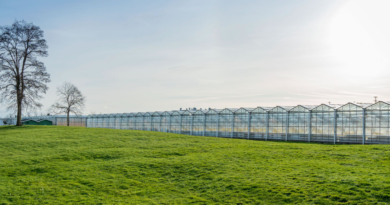 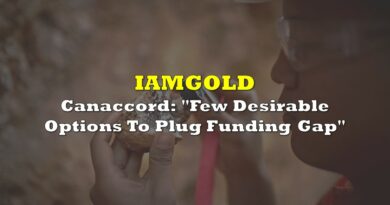 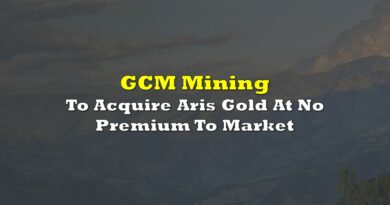