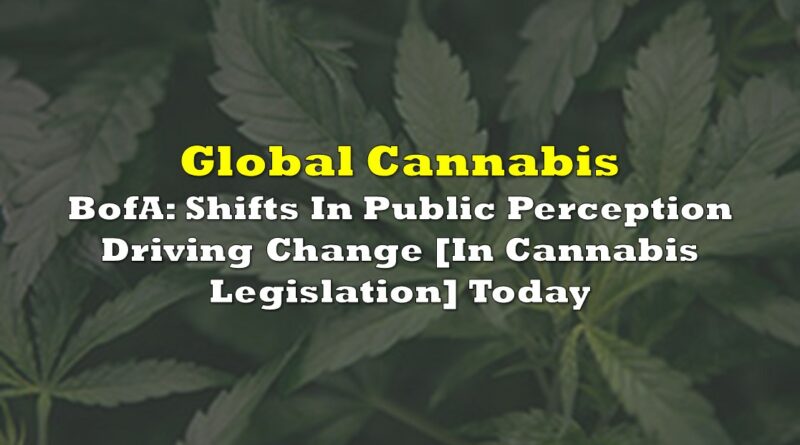 Yesterday, BofA Securities released a cannabis primer that largely focused on Canadian operators, such as Canopy Growth (TSX: WEED), as well as that of the US cannabis markets. Bryan D. Spillane, BofA’s research analyst, specifically highlights Canopy on their first page, saying, “Canopy well positioned for additional US market access.” Canopy will have roughly $70 billion in total addressable market by full-year 2023; with the US market contributing $60 billion of that, as per estimates.

Spillane states that Canopy’s purchase agreement with Acreage Holdings (CSE: ACRG.a) will allow Canopy to move “swiftly into cannabis upon US federal permissibility of cannabis.” Until then, Acreage has introduced Tweed branded flower in the states. The U$300 million dollar deal means that under the triggering event of “upon the change in US federal law to permit the general cultivation, distribution and possession of marijuana,” Canopy has to purchase at least 70% of Acreage, and most notably, Kevin Murphy would have to resign as CEO but continue to be chairman of the board. Current director Bill Van Faasen would be appointed interim CEO.

Oddly, the cannabis primer does not include any of the companies currently operating in what will undoubtedly be the largest cannabis market. Although BofA does not cover any of the largest American operators, they mention the multi state operators. Spillane comments that they don’t cover any MSO because of the federal illegality of selling cannabis in the U.S. He refers to MSO’s as “cannabis companies that service multiple legal cannabis states in the US, with naturally high barriers to entry and limited market participants.”

The first mention of MSO’s in the note comes from Spillane breaking down the reasons that are holding back people and institutions from investing in the US cannabis market.

Spillane lays out six reasons, the first one being that cannabis is still a Schedule 1 substance, and the federal government regulates cannabis as an illegal substance. For this reason, many legal and financial support mechanisms are restricted. All other reasons basically build off this first reason.

The second and third reasons are the “inability to open bank accounts and or take out loans,” and, “cash only businesses.” The fourth reason is something that we call 280e, which means cannabis companies have limited tax deductions. Any company that “touches the plant” cannot deduct general items such as rent, utilities, insurance, or maintenance costs from their federal taxes.

The fifth reason is that it is currently illegal for companies to ship cannabis across state lines due to its federal illegality. Finally, the last reason for holding back investment in the US cannabis space is that there is always the underlying risk that the federal government could seize their assets at their discretion.

Spillane talks about what would happen if/when federal legalization happens in another section of the note by commenting, “If cannabis was federally legalized, we would anticipate Canadian players to move into the US market, with M&A one of the fastest routes to take to get scale.”

On top of the list that Spillane writes about the reasons for holding back investment in US cannabis companies, he also writes about the different challenges currently facing the MSO’s. The first being product consistency. He writes, “When building a brand, consistency is key. This is harder to do with cannabis, given a plant’s cannabinoid and terpene make-up will vary naturally with each cycle,” but points to cannabis companies opting to become vertically integrated in order to help control product quality and consistency.

The second challenge for the MSO’s is raising capital. He says that, just like in Canada, “the costs of building a business in a new category is expensive,” especially so in the US, where you have to jump through different laws and follow certain procedures dependent on the jurisdiction. Many investors cannot invest in these companies, thereby making the cost of capital very high and somewhat scarce. Because of this, other MSO’s tapping the equity markets while there is an inflow of capital makes the capital markets very competitive.

The third challenge Spillane lists is that they have to continually build a new customer base. As these companies expand into new states, they “must then go back to square one of developing an engaged, loyal customer base.” He says many of the MSO’s have created brand loyalty by educating consumers on their products’ different attributes.

The fourth and final challenge is that any company operating in multiple states have various and always evolving complex rules/procedures. Spillane says, “MSOs need to be in compliance with its obligations under state law(s) related to its cannabis cultivation, processing and dispensary licenses as violations could result in a fine, suspension or revocation of operating licenses.” 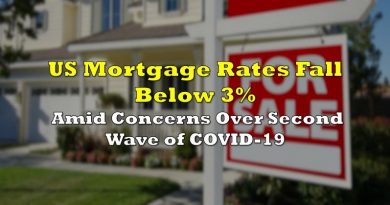 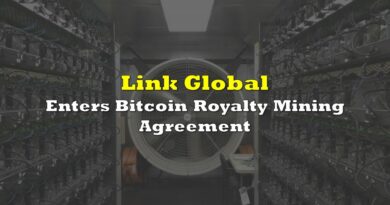