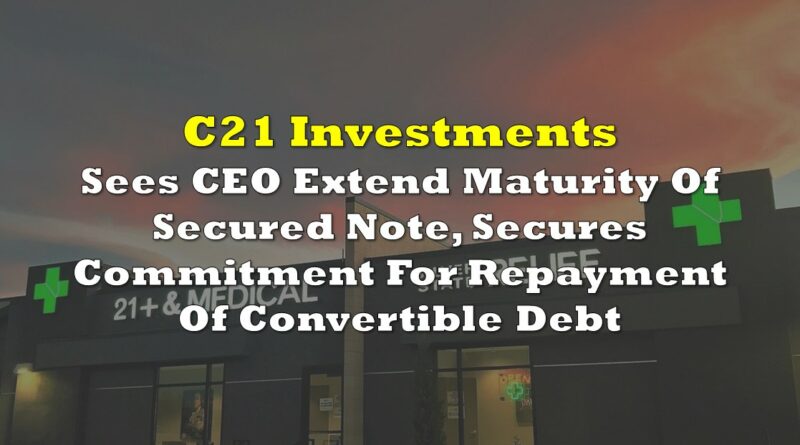 It appears that C21 Investments (CSE: CXXI) CEO Sonny Newman is determined to get the full value of the money owed to him by the company in the form of cash. The company this morning announced a restructured senior secured note arrangement between the two parties. The company also announced an equity commitment from certain investment managers as well as Newman for repayment of certain outstanding convertible debentures set to mature later this year, and early next year.

First and foremost, $15.2 million remains outstanding from the Newman Note. Originally issued at $30 million, the note originated when the company acquired Silver State Relief from Newman, with the note bearing interest at a rate of 10% per annum, with quarterly installment payments expected to have paid off the note by June 2020. Subsequent to the transaction, Newman stepped into the role of CEO for the company.

With the maturity previously pushed to January 1, 2021, the note is now said to have been restructured over a 30 month period, at a rate of 9.5% per annum. The note now is to expire in June 2023. Monthly principal payments are said to be lower, but a figure was not provided.

Outside of the convertible note repayment, Newman, along with Wasatch Global Investors, JW Asset Management and CB1 Capital Management have provided an equity commitment to repay outstanding convertible debentures that are coming due on December 31, 2020 and January 30, 2021. With a total value of $8.2 million in debentures remaining outstanding, the commitment provides breathing room for the company whom needed to find a way to pay off the debt, given its cash position as of July 31 was only $2.7 million. 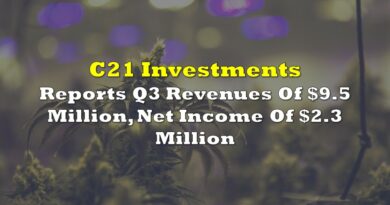 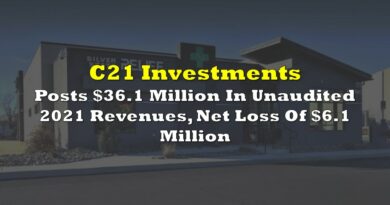 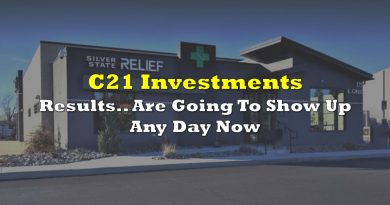 C21 Investments: Results.. Are Going To Show Up Any Day Now