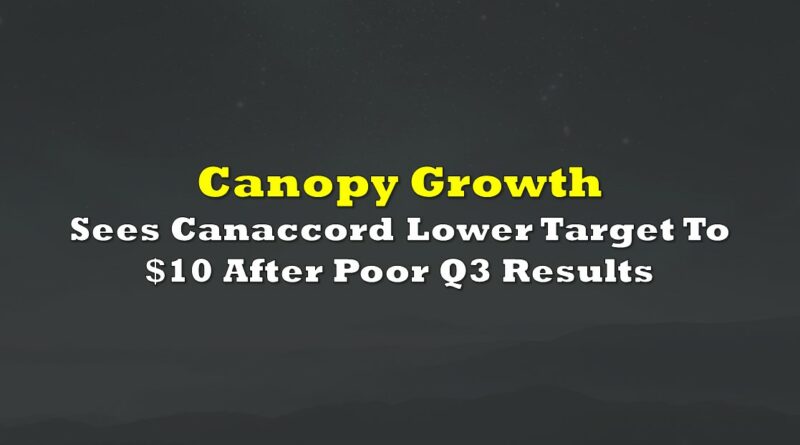 On February 10th, Aurora Cannabis (TSX: ACB) reported its fiscal second quarter 2022 results. The company announced total net revenues of $60.59 million, down 10.5% year over year. Of that $60.59 million, $45.75 million comes from medical cannabis while the other $14.8 million comes from recreational channels. The company reported an adjusted EBITDA of -$9 million for the quarter and an adjusted gross profit of 53%. Additionally, the company saw a $35.8 million impairment this quarter and $3 million of restructuring charges.

A number of analysts lowered their 12-month price targets on Aurora Cannabis after the results, the consensus price target sits at C$5.99, or a 4% upside to the current stock price. Out of the 12 analysts covering Aurora’s stock, 7 have hold ratings, 3 have sells and the last 2 have strong sell ratings. The street high sits at C$7.90, which represents a 37% upside to the current stock price while the lowest 12-month price target comes in at C$3.50.

In Canaccord’s note, they reiterate their sell rating and lower their 12-month price target on Aurora to C$5 from C$6, saying that the quarterly results were flat quarter over quarter and shows Aurora continues to see lower Canadian recreational cannabis sales.

For the results, Aurora beat Canaccord’s revenue estimate of $59.5 million, primarily due to “a sizable shipment to Israel.” While the company saw its Canadian recreational sales drop, they still boast a roughly 23% market share in the medical segment. The company also saw a rebound in its international sales which helped beat Canaccord’s estimates.

For the recreational segment, management noted that lower sales, pricing pressures, and increased competition are the key headwinds facing the company as the company reported a year-over-year decline of 50% in the segment. Canaccord estimates that Aurora currently holds a 3 to 4% market share in Canada.

Canaccord adds that they believe management’s cost-saving initiatives are going well, with the company being able to remove roughly $60 million in annualized costs. These savings will be through its cost of goods sold line and management reiterated its goal of being Adjusted EBITDA positive by the first half of fiscal 2023.

Below you can see Canaccord’s updated the fiscal full-year 2022 estimates. 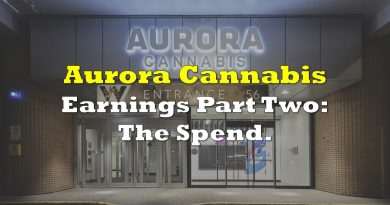 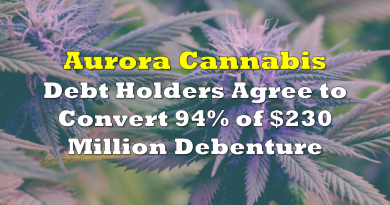 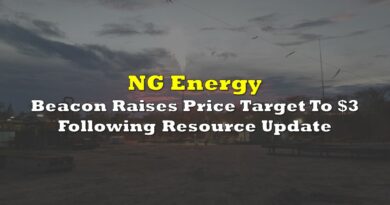