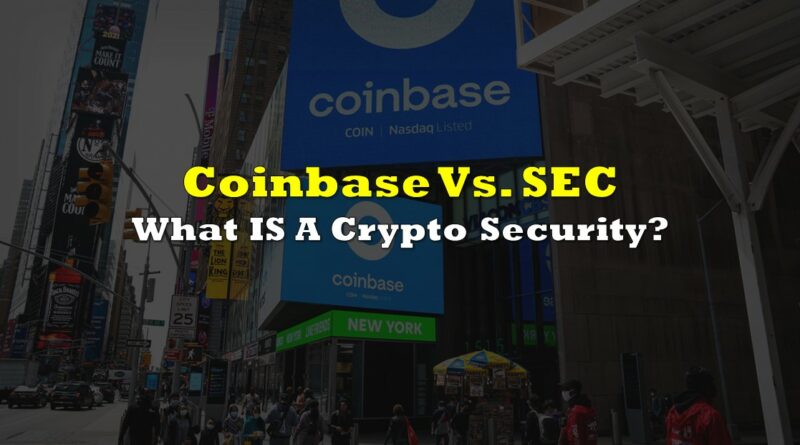 As if the current legal problem Coinbase Global (Nasdaq: COIN) has is not enough, the crypto exchange platform is facing another hurdle in the form of the Securities and Exchange Commission. The regulatory body is reportedly looking into the firm on whether the assets listed on its exchange are actually securities and therefore, should be under the purview of the SEC.

The digital asset exchange is facing a tighter probe as it expands the portfolio it lists on its platform as well as the so-called “crypto winter” battering the decentralized finance space that caused investors billions of dollars.

The move correlates with the recent indictment handed down on former Coinbase product manager Ishan Wahi, his brother, and his associate on an insider trading scheme as a result of a Justice Department investigation. The law enforcement agency found out that Wahi tipped his companions of upcoming listings on the exchange so they can hedge their bets ahead of the move.

Related to this, the SEC also brought a civil suit on Coinbase that claims nine cryptocurrencies, including seven that can be bought and sold on the exchange’s platform, are actually securities and should be regulated under the keen eye of the agency.

The company’s shares fall 21% on the day following the news.

While the firm appreciates DOJ’s help in going after the three individuals, it it contending that SEC’s classification of the nine crypto tokens as securities.

“We understand that the SEC has separately filed securities fraud charges related to this wrongdoing today. The DOJ did not charge securities fraud. No assets listed on our platform are securities, and the SEC charges are an unfortunate distraction from today’s appropriate law enforcement action,” the company said on its website.

The firm said that it now offers “over 150 tradable assets” and claims the exchange “as the safest and easiest platform to use.” However, it categorically asserts that none of those listed crypto assets should be considered securities.

In response, Coinbase said it filed a petition with the SEC to clarify the rule book on crypto securities, as it claims that it is the regulatory body’s job to delineate it from crypto assets.

“Crypto assets that are securities need an updated rulebook to help guide safe and efficient practices. Crypto assets that are not securities need the certainty of being outside those rules,” the company added. The firm, however, sees the fraud charges filed by the SEC suggest that it “has little interest in this most fundamental role of regulators.”

So, what is a crypto security?

At the crux of the discussion is differentiating digital assets from what can be considered securities within the decentralized finance space.

“The Chairman of the SEC, Gary Gensler, believes that digital currencies should legally be considered investment contracts and should therefore be considered registered securities. Coinbase, on the other hand, thinks a cryptocurrency is a commodity like gold, and therefore falls outside of the regulatory body’s authority,” wrote The Deep Dive contributor Jim McFadden.

On the SEC’s part, the discussion is not about labels, “but rather the economic realities of an offering.”

“In this [Coinbase fraud] case, those realities affirm that a number of the crypto assets at issue were securities, and, as alleged, the defendants engaged in typical insider trading ahead of their listing on Coinbase,” Gurbir S. Grewal, Director of the SEC’s Division of Enforcement.

In a nutshell, the assets can be considered securities as they behave that way, supported by the fact that insider trading happened within the exchange.

The regulatory body applies a 1946 US Supreme Court decision to determine the legal identity of a digital asset as a security: if it involves investments financing a company’s operations with the intention of earning from the yield’s of the company’s profitable efforts.

But for Coinbase, not all crypto assets are created equal. It continues to make a case that the SEC should further define the characterization of each asset and install a clearer guideline on how these should be regulated, arguing that the legal precedents the regulatory body is basing its decisions on is relatively outdated.

“It is often difficult to determine what a jurist was thinking when they drafted a given piece of law, but I think it is reasonable to assume that none of the authors who drafted these securities statutes from the 1930’s, or the subsequent Supreme Court tests interpreting those statutes, did so while thinking of a day when a decentralized, cryptographically-based, automated financial instrument would be adopted en masse by millions of people in the United States and around the world,” wrote Coinbase Chief Policy Officer Faryar Shirzad.

The firm believes that the current securities rules “do not work for digitally native instruments.”

Coinbase cites the case of fellow exchange Ripple’s XRP token which the commission deems to be a security “after years of taking no action against them.” The legal action brought upon the asset caused “investors huge sums of money” after the token lost most of its value.

“The XRP case is especially notable because there was disagreement even within the federal government about whether XRP was a security or not: [Treasury Department’s Financial Crimes Enforcement Network] had determined it was not a security, and then the SEC said that it was,” Shirzad commented.

So, how does a crypto asset differentiate from security?

“As today’s case demonstrates, whether in equities, options, crypto assets, or other securities, we will vindicate our mission by identifying and combatting insider trading in securities wherever we see it,” said Carolyn M. Welshhans, Acting Chief of the Enforcement Division’s Crypto Assets and Cyber Unit in the commission’s press release on the insider trading scheme.

Coinbase, however, argues that the SEC should come up with comprehensive rules that will require “a genuine examination of how crypto works differently from traditional financial securities and what provisions would actually protect investors who trade in crypto securities.”

The firm enumerated key differences for crypto space from traditional exchanges, such as its 24/7 nature, direct access without the need for intermediaries or brokers, and the capacity for crypto assets to be tied to commodities and other types of assets outside the securities purview of the commission.

Another key difference, the firm argues, is the turnaround time for traditional securities transactions to settle in order for the broker to keep customers assets safely.

“Using existing technology, these intermediaries are needed to help make sure a trade goes through as promised. The buyer must actually pay the money, the seller must actually give up the assets, the trade must be properly recorded, and there must not be any errors or unauthorized actions,” acknowledged Shirzad.

However, these rules do not work for crypto given its immediate and decentralized nature.

Coinbase continues to believe that the SEC can tap the potential of cryptocurrency with an “effective regulation,” as it furthers the digital asset space’s longstanding bid to legitimize the industry. But everything hinges on what the commission’s actions would be on how it would recognize the asset, guiding its enforcement-wielding arm to avoid regulating blindly.

In June 2022, watchdog Tech Inquiry identified documents that point to a US$1.4 million contract entered by Coinbase to sell features to the US Immigrations and Customs Enforcement data that enable Homeland Security to track down and identify crypto traders.

Information for this briefing was found via Bloomberg, US Department of Justice and the sources mentioned. The author has no securities or affiliations related to the organizations discussed. Not a recommendation to buy or sell. Always do additional research and consult a professional before purchasing a security. The author holds no licenses. 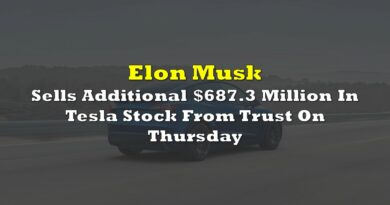 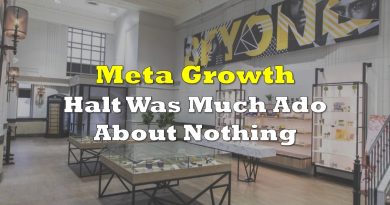 Meta Growth Halt Is Much Ado About Nothing 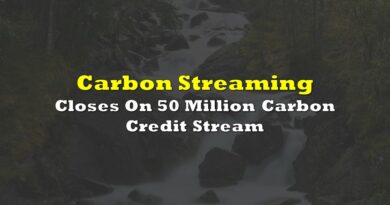