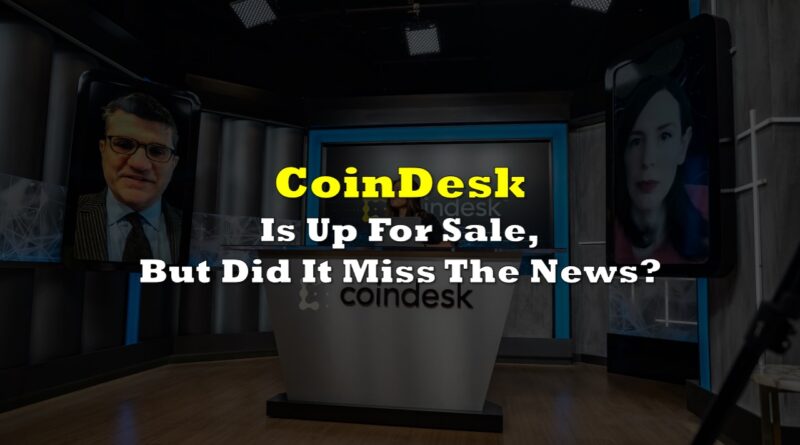 It is quite rare for the news outlet to be the subject of the news but crypto-focused media firm CoinDesk is looking for a buyer for the outfit.

Charles Hoskinson, co-founder of the Cardano blockchain network, has stated that he is considering acquiring CoinDesk, stating that journalistic integrity in cryptocurrency and blockchain reporting must be restored.

“My interest on the media side is more broad… I would like to figure out how to get to journalistic integrity again,” Hoskinson said in a YouTube livestream on Thursday.

Hoskinson estimated that purchasing CoinDesk would cost $200 million and that he will review the financial data before making a decision.

This follows after the media outlet announced that it is considering selling all or part of its business and has hired investment bank Lazard to oversee the process.

“My goal in hiring Lazard is to explore various options to attract growth capital to the CoinDesk business, which may include a partial or full sale,” CEO Kevin Worth said in a statement.

But amid all the developments in the potential sale of CoinDesk, it seems that CoinDesk itself missed the news with the absence of an article narrating the events surrounding the sale. A quick search of “CoinDesk” on its site would reveal no articles discussing the sale.

According to people familiar with the situation, CoinDesk’s parent company, Digital Currency Group (DCG), has received multiple unsolicited offers worth more than $200 million in recent months. DCG paid $500,000 for the media company in 2016, according to sources.

The news follows the bankruptcy filing of the lending arm of another DCG subsidiary, Genesis Global. The goal of the filing is said to be to “further advance ongoing stakeholder discussions and optimize outcome for Genesis clients and Gemini Earn users.”

In its filing, Genesis claimed around $5.1 billion in liabilities and it was revealed that parent firm DCG owes the firm approximately $1.7 billion.

The company meanwhile is said to have $150 million in cash on hand, which will be used to support ongoing operations and the restructuring process. Redemptions and new loan originations meanwhile are said to be suspended.

At the same time Winklevoss stated that Gemini has been preparing legal action against DCG CEO Barry Silbert, DCG, and those that “share responsibility for the fraud.” The lawsuit is threatened to be filed imminently, “unless Barry and DCG come to their senses and make a fair offer to creditors.”

Earlier, DCG also suspended distributing its quarterly dividend in order to preserve its cash reserves. According to a Jan. 17 letter to shareholders, the move comes as the company works on “strengthening our balance sheet by reducing operating expenses and preserving liquidity.”

Silbert, however, still attempted to assuage investors’ fears, writing in a letter this month that he has “no doubt that DCG will emerge from this year a stronger company than ever before.” His net worth, once estimated at $3 billion, is now estimated to be less than $1 billion, according to the Bloomberg Billionaires Index.

CoinDesk, which debuted in 2013, was one of the firsts to report on potential balance sheet irregularities at Sam Bankman-Fried’s Alameda Research. That reporting triggered a downward spiral at crypto exchange FTX, eventually leading to the company’s downfall in November, the arrest of Bankman-Fried, and multiple regulatory investigations.

Ironically, this scoop would lead to its sister and parent firms’ liquidity issues. Genesis Global initially froze redemptions and new loan originations in November following the implosion of FTX, and at the time attempted to raise at least $1.0 billion to cover a liquidity crisis.

Information for this briefing was found via Reuters, Yahoo Finance, Wall Street Journal, CNBC, and the sources mentioned. The author has no securities or affiliations related to this organization. Not a recommendation to buy or sell. Always do additional research and consult a professional before purchasing a security. The author holds no licenses. 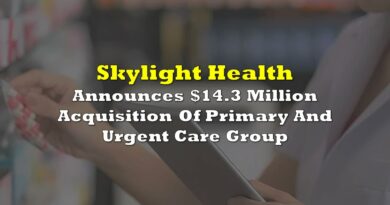 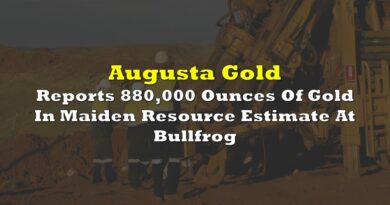 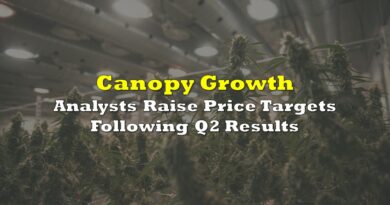