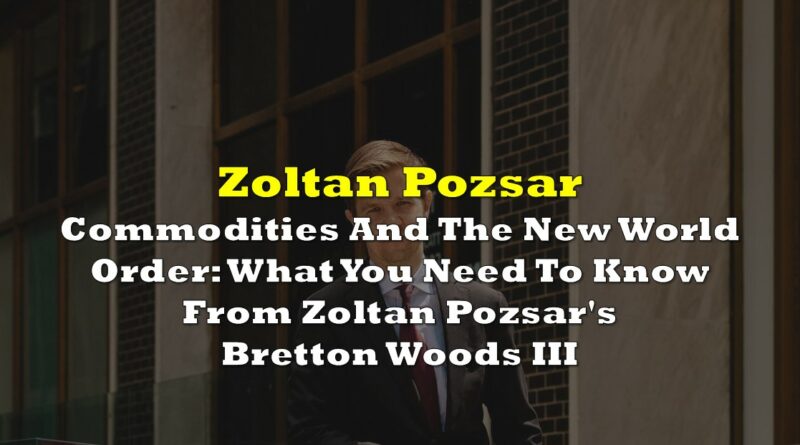 If you would ask Credit Suisse contributor Zoltan Pozsar, the world is heading into a new monetary order – what he calls the Bretton Woods III. In a nutshell, we are bound to see the rise of commodities as a primary monetary influence that might see the fall of the dollar and the rise of currencies in the East.

“When this crisis (and war) is over, the U.S. dollar should be much weaker and, on the flipside, the renminbi much stronger, backed by a basket of commodities,” said Pozsar in his dispatch on March 7.

He expounded on this in his latest article published on Thursday, detailing the framework for the so-called commodity-driven monetary world order Bretton Woods III.

“If we are right, our framework will be the right framework to think about how to trade interest rates in coming years,” Pozsar started. He theorizes that:

The key arguments in viewing the onset of a new world monetary order are the complexity brought by the rising commodity prices, and the geopolitical instability caused by the Russia-Ukraine war. Simply put, money is starting to change its characterization from how we know it.

Basing his position on Perry Mehrling’s “four prices of money”: par, interest, foreign exchange, and price levels, which are all defined by nominal values agreed upon and regulated by monetary institutions, Pozsar said that the domain of real values of the commodities must be taken into account moving forward. With these being outside the purview of central banks, he believes Bretton Woods II is nearing its end.

In a case where commodities will pretty much dictate the new world monetary order, factors like the geopolitical standing of the commodities supplier in the international community, the real added cost on foreign cargo given the shift in trade partners, and the protection of the safety of shipping these commodities must be considered.

On foreign cargo, the world is suddenly seeing commodity-supplying nations making demands on paying for the exports in their respective currencies: Russia demands its exports are paid in rubles and Saudi Arabia has expressed openness to paying for Chinese exports in renminbi.

And in a situation like this, supplier nations get to supersede the monetary world order. “According to estimates by the US Department of Agriculture, China holds half of the world’s wheat reserves and 70% of its corn. In contrast, the U.S. controls only 6% and 12% of the global wheat and corn reserves,” said Pozsar.

He also added that “energy and commodities are needed for virtually everything,” and as the leading energy exporter, Russia virtually “exports everything.”

While Europe and other energy-importing nations are working on cutting off their dependency on Russia, the country is bound to look for customers in the East–primarily China–through less-efficient routes. This leads to a domino effect where China would import fewer resources from a much closer Middle East, and Europe looking into sourcing its energy imports from other producers with no established efficient routes. Essentially, this is why Pozsar believes the added cost of shipping would factor in the price of money.

“Consider that as cheap Russian oil gets diverted to China, China will buy less oil from the Middle East and then Middle Eastern oil will now have to be shipped to Europe with the same loss of efficiency as the shipment of Baltic oil to China,” he said.

Pozsar painted a picture of the possible scenarios coming off from these new trade routes, essentially concluding that shipments might take four months instead of around a week. He also laid out how the current trade routes and shipping vessel capacities would provide for a much harder import-export synergy in the new geopolitical realliances–which again, would cost more.

“Russia exports every major commodity imaginable, and the same problems will show up in other products and also with ships that move dry, as opposed to wet cargo. It will be a big mess,” explained Pozsar.

With the price of money heavily tied to commodities, its protection and security are expected to influence the new world monetary order.

Pozsar explained that while “currency, deposits, and money fund shares are interchangeable always at par,” the value of commodities is at the mercy of its security and consistency of shipment. Factors that might affect this include power shift (and price control) in favor of route regulators and bottlenecks in sea routes caused by external factors.

The triangle of a new world order

Citing Ray Dalio’s stagflation view, Pozsar said that “the price signals from the four pillars of commodity trading will dominate the signals coming from the four prices of money.”

Arising from the ashes of the current geopolitical conflict, commodities-driven monetary world order would replace the current one, as Pozsar puts it.

“Commodity reserves will be an essential part of Bretton Woods III, and historically wars are won by those who have more food and energy supplies,” he added. In the new world order, banks would create eurorenminbi mainly to accumulate for buying Chinese Treasuries, outside money like gold (instead of G7 inside money), and commodity reserves instead of foreign currency reserves.

With the new approach to understanding the monetary order, financial and price stability may be achieved over time–but not without taking hits on inflation and interest rates.

Information for this briefing was found via Credit Suisse. The author has no securities or affiliations related to this organization. Not a recommendation to buy or sell. Always do additional research and consult a professional before purchasing a security. The author holds no licenses.

3 thoughts on “Commodities And The New World Order: What You Need To Know From Zoltan Pozsar’s Bretton Woods III” 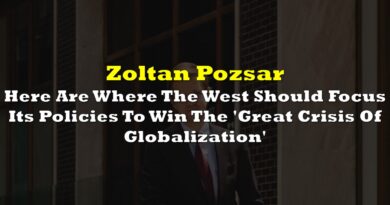 Zoltan Pozsar: Here Are Where The West Should Focus Its Policies To Win The ‘Great Crisis Of Globalization’ 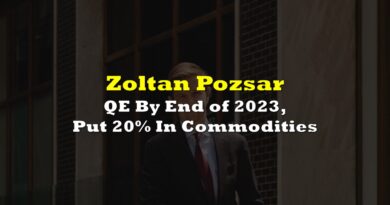 Zoltan Pozsar: Put 20% Of Portfolio In Commodities, QE Expected By End of 2023 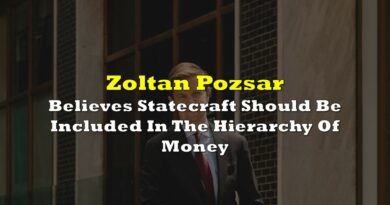