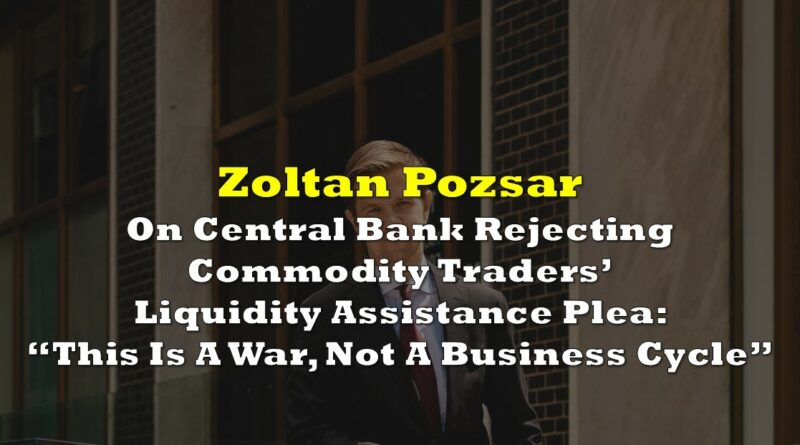 Central banks might have been considering commodity traders as peripheral from a financial stability perspective. However, Credit Suisse contributor Zoltan Pozsar believes that in the current context where commodities are pretty much affecting price indicators, central banks might have to reconsider the traders’ liquidity assistance pleas.

Commenting on a news headline about the European Central Bank rejecting energy traders’ call for funding support, Pozsar outlined in his latest dispatch why the bank should consider providing emergency liquidity assistance to traders of commodities.

Why Did ECB Reject The Traders?

For Pozsar, in the hierarchy of finance, the laws are written to make the system flexible at the core but rigid at the periphery—where commodity traders are. But he also argued that “every crisis starts at the periphery and the bushfire ultimately encircles the core.”

“Hundreds of billions of dollars of reserves at the Fed will contain the fire and help the survival of the periphery for a while, but if the fire rages for too long or intensifies, the core can also sustain damage,” he explained.

Further, while the ECB is putting the liquidity assistance decision to the nations’ respective central banks, the latter are also bound by their respective legal mandates which do not necessarily spell out assistance outside the financial stability factors.

Commodity traders also do not have high-quality liquid assets on which central banks can use as collateral to provide liquidity lending.

But Why Should ECB (And Central Banks) Reconsider?

Drawing parallels from the 1997 banking crisis and 2008 housing crisis, Pozsar said that the current crisis is showing early signs of a potential crash—“this time for commodity players.”

As explained in his last dispatch, the current situation is seeing the convergence of the nominal world of money trading and the real world of physical commodity trading. Pozsar said the recent plea for liquidity assistance by commodity traders must be differentiated from the “context of a world where commodities flow freely.”

Pozsar posits that there are likely three scenarios on liquidity assistance and commodity traders: liquidity influx could lead to great exposure and “large losses at the core of the financial system”, liquidity lending through the central bank can lead to “nationalization” which poses a great risk for equity investors of commodity traders, and central banks launching Commodity Emergency Purchase Program—buying traders’ unsecured debt in exchange for funding.

“The ECB’s decision on Friday…shows not only an interesting twist of logic where the guarantors of price stability (commodity traders) are deemed peripheral from a financial stability perspective, without regard for what their liquidity problems mean for price stability. It also may show a disregard for financial history,” he ended.

In essence, Pozsar believes that in this current economic climate, it would be beneficial for central banks to provide the liquidity needs of commodity traders “for if they do not do so, they will soon have to be funding a series of price control measures through more (quantitative easing).”

Information for this briefing was found via Credit Suisse. The author has no securities or affiliations related to this organization. Not a recommendation to buy or sell. Always do additional research and consult a professional before purchasing a security. The author holds no licenses. 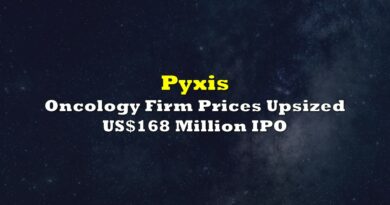 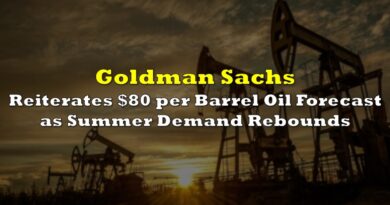 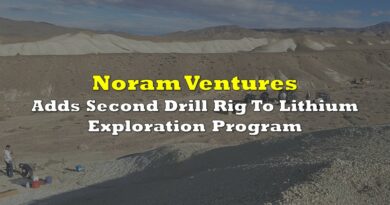