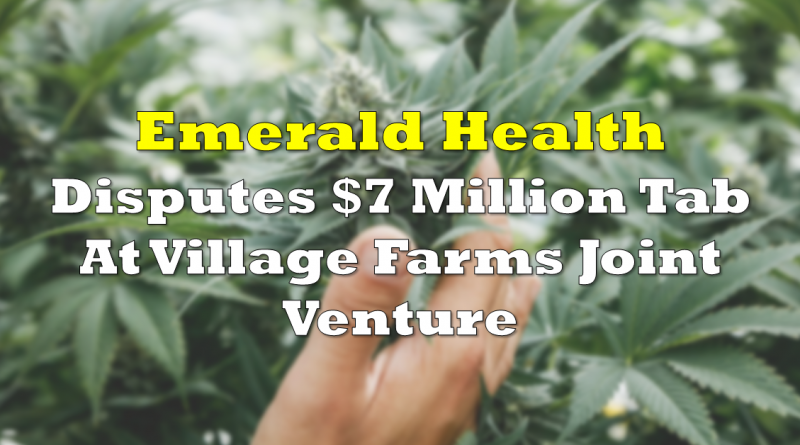 Both Emerald Health Therapeutics (TSXV: EMH) and Village Farms International (TSX: VFF) (NASDAQ: VFF) announced this morning that their 50/50 joint venture firm, Pure Sunfarms, has entered into a dispute. The dispute, however, is with that of Emerald Health who doesn’t appear to want to abide by the terms of its supply agreement with the venture.

The dispute is in relation to what is called a “price deficiency obligation” under Emerald’s supply agreement. Essentially, Emerald Health has agreed to purchase 40% of the ventures cannabis production. When it fails to do so, it must pay the difference between the price obtained for the cannabis, and the predetermined price in which Emerald is to pay, if that price obtained is lower than Emerald’s price. This ensures that Pure Sunfarms is able to cover all appropriate costs.

As a result of Emerald not fulfilling its end of the supply agreement due to weaker than expected market demand within Canada, Pure Sunfarms is alleging that Emerald Health owes the firm approximately $7.0 million under the price deficiency obligation. Emerald Health is disputing that the price deficiency obligation exists under the supply agreement, and is thus refusing to pay the tab.

Emerald specifically is disputing that it does not owe the price deficiency as a result of the manner in which the product was sold.

The situation is not in Emerald Health’s favour, however, who last quarter recorded a cash position of only $2.61 million, and net sales of $4.61 million. The firm also had a payable related to the joint venture of $16.81 million, which appears to be overdue. The firm has since closed a debenture to the tune of $25 million however, that will likely go towards paying off the debt if it is deemed to be owed.

Update: Thanks to Twitter user @MtL__Trader who highlighted that Emerald Health recently closed a debenture financing. The article has been updated as appropriate.

The funds owed under the price deficiency obligation is significantly larger than that of last quarters revenues. If the current trend continues, Emerald Health will soon owe substantial sums to the joint venture, with no path to paying off the debt – meaning a path may exist in which Village Farms is able to acquire Emerald Health’s portion of the joint venture.

Emerald Health closed Friday’s session at $1.00 on the TSX Venture. 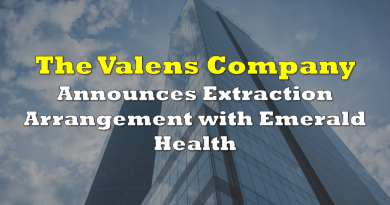 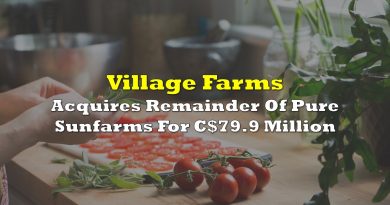 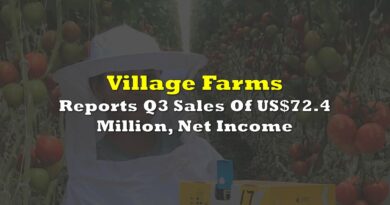