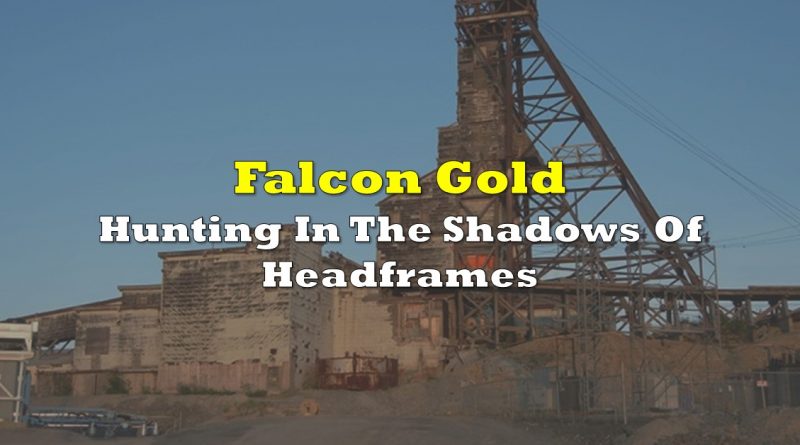 Its well known in the mining world that the best place to find a mine is beside an existing mine. “Finding gold in the shadow of headframes” is an old mining adage and its one that Falcon Gold (TSXV: FG) has taken to heart.

Falcon Gold is focused on the Canadian province of Ontario. The company’s flagship is the Central Canada gold project near the small community of Atikokan. It also owns the Wabunk Bay gold/base metals project in Red Lake, the Bruce and Camping Lake gold projects in Red Lake, and a 49% interest in the Burton gold property with Iamgold, near Sudbury.

Great Bear took junior resource investors on a wild ride in 2018. Trading under a dollar for years, in the summer of 2018 two high-grade hits at Dixie set the company’s shares on a steep upward trajectory. The unfolding story of Dixie becoming one of the largest new gold discoveries in Canada, resulted in the stock price crushing $9/sh in September 2019. While GBR has been volatile since, it recently tripled from $4 in March to $12 in May.

The northern claims are underlain by Archean age greenstone rocks that include mafic volcanic flows, gabbroic intrusions and quartz feldspar porphyries in which the gold mineralization is hosted. The southern part of the property is covered by Sapawe Lake and is underlain by iron formation and greenstone rock units that host Falcon’s targeted gold and cobalt occurrences.

Significant gold mineralization has also been identified in the halo of the original Sapawe gold mine, up to 24 g/t.

Gold mineralization can be traced across the Central Canada property with diamond drilling by Interquest Resources intersecting over 1 meter of approximately 30 g/t gold. Trenching work in 2011 indicated significant gold mineralization to the south of the Sapawe mine, where the operator sampled up to 6.7 g/t gold along a “well” mineralized shear zone.

About 20 km to the southeast, Agnico Eagle’s (TSX: AEM) Hammond Reef gold deposit contains 4.5 million ounces of Measured and Indicated gold. Hammond Reef lies on the Hammond fault which is the structural control for the project’s 4.5M ounces. Falcon’s Central Canada project lies along a similar geological structure – the Quetico Fault. The property hosts multiple occurrences of mineralization in a variety of geological settings.

In 2020 Falcon Gold received an exploration permit for 20 drill pad locations and to conduct overburden trenching and geophysical surveys. A 468-meter drill program, completed at the end of April, was designed to test a mineralized zone defined by Terra-X Minerals in 2012. Three holes intersected a highly altered felsic intrusive rock unit with significant pyrite, arsenopyrite, lead telluride, and visible gold mineralization; 344 drill core samples were collected and assays are pending. The company is currently preparing an additional six drill pads along strike of the mineralized zone to further test the extent of mineralization.

In the meantime, Falcon has applied for an exploration permit on its Bruce Lake project, that will allow it to perform overburden trenching, line cutting, and diamond drilling to follow up on targets identified by past operators.

The 1,400-hectare property is within the Birch-Uchi-Confederation Lakes greenstone belt which hosts the world-renowned Red Lake gold deposits and includes the Dixie project currently being developed by Great Bear Resources.

Bruce Lake is also within 12 km of BTU Metals Corp (TSXV: BTU), whose Dixie Halo project is contiguous to GBR’s Dixie. Recent drill results returned 44.3m of 1.14% copper-equivalent, with intervals containing as much as 5.56% copper, 99.6 g/t silver and 2 g/t gold. According to Falcon, the project contains excellent targets for both Red Lake-style gold mineralization as well as gold-bearing base metal prospects.

Historical work on the claims included prospecting, sampling, and airborne magnetic geophysical surveys. Past soil and lake sediment sampling by Laurentian Goldfield in 2011 indicated gold and alteration mineral anomalies along the eastern shoreline of Bruce Lake.

All the bullish factors for a further huge rise in gold demand and price are in place: A global pandemic has created huge fear and uncertainty, imploded global stocks and sent investors flocking to the safety of gold and silver.

The demand for US Treasuries has pushed up bond prices, causing yields to fall to new lows. Negative real yields (yields minus inflation) are good for gold, and we expect yields to remain negative for some time, as central banks are forced to keep interest rates low to encourage lending.

It is also important to understand that gold prices rise proportionally to debt. As long as governments are fighting the coronavirus, expect national debt piles to keep growing. Indeed, the political pressure on governments to help the most vulnerable in society, for fear not only of losing power, but in some countries, extreme social unrest, is bound to keep the stimulus taps gushing.

Gold’s fundamentals are also bullish on the supply side. Gold output peaked in 2018 at 3,503 tonnes, in 2019 it fell to 3,463t – the first annual decline in 10 years. Gold supply will continue to drop further due to the depletion of the major producers’ reserves, the lack of new discoveries to replace them, and production problems including lower grades, labor disruptions and temporary mine closures from covid-19.

And the world is becoming more dangerous.

The relationship between the United States and China has reached a new low as both sides trade accusations over their handling of the coronavirus. The Trump administration is drawing up plans to punish China for the pandemic. Retaliation options include sanctions, canceling US debt obligations and new trade policies. The latter is sure to enflame already simmering trade tensions, leading to a continuation of the US-China trade war that before covid-19 looked to be improving. A Phase 1 trade agreement reached in January, now appears to be dead.

Ongoing maneuvers in the South China Sea show that Beijing is willing to flex its military muscles in a region it sees as strategically and economically important – even if it means going up against the almighty US Navy, mandated to safeguard international shipping lanes and to defend its ally, Taiwan, considered by China to be a renegade province that must be united with the motherland.

Things are also heating up in Hong Kong. Senior politicians from 23 countries including Chris Patten, the former governor of Hong Kong when it was ruled by Britain, are warning that a new security law is an assault on Hong Kong’s rights and freedoms. US Secretary of State Mike Pompeo describes the law as a “death knell” for the city’s autonomy, which was supposedly guaranteed for 50 years following Hong Kong’s reversion to China in 1997.

All of these global economic and geopolitical tensions have been great for gold. According to the World Gold Council, April marked the sixth straight month of net inflows to gold-backed ETFs, boosting holdings to an all-time high of 3,355 tonnes.

Gold equities have outperformed the S&P 500 during a time when the broad equities indices have been gutted. Driven by higher gold prices, the VanEck Vectors Gold Miners ETF (NYSE: GDX), a measure of how gold equities are doing, is up 21.4% year to date, compared to the S&P 500’s 9.8% loss over the same period. The better performance is attributed to higher cash flows for gold mining companies, compared to other stocks.

The juniors are also feeling some love, with GDXJ up 9.8%, YTD.

Junior gold companies have historically offered the greatest leverage to rising gold prices. Why? Well, they already own the deposits that will become the world’s gold mines of the future, and endeavor to find more of what the world’s larger gold companies need, to replace reserves and grow their asset bases.

In an era of rising gold prices, Falcon Gold is exploring two highly prospective gold properties concurrently, one of which is in the historic Red Lake gold camp, and the other in close proximity to the 4.5Moz Hammond Reef gold deposit.

Both of Falcon Gold’s northwestern Ontario projects have headframe shadows cast on them – there are a number of successful producing and past-producing mines nearby, including Goldcorp’s Musselwhite mine (3,000 oz annual production), the Lac des Iles Palladium mine (2.7Moz palladium reserves) and the Thierry mine in the Pickle Lake district, which historically produced 113.6 million pounds of copper, 27.7 million pounds of nickel, 17,500 oz platinum and 47,000 oz palladium.

Often the best place to find a mine is to look in the shadow of another mine’s headframe. Falcon Gold appears to be well on the way to discovery success using this tried and true exploration model.

2 thoughts on “Falcon Gold: Hunting In The Shadows Of Headframes” 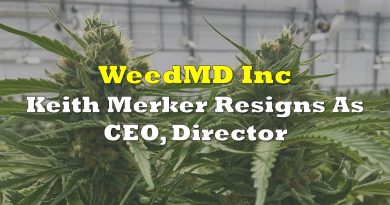 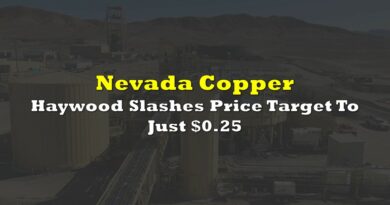 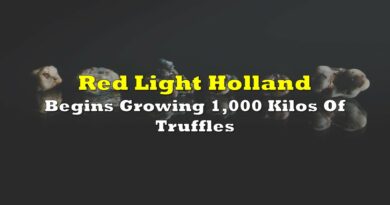