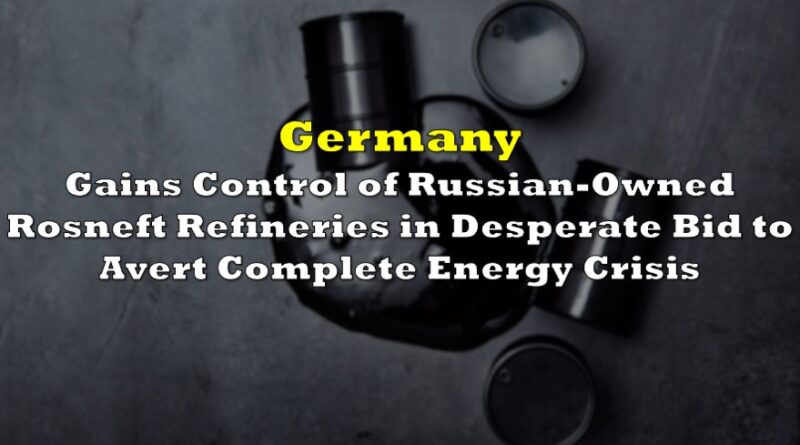 It appears that Germany has moved onto plan B to avert a full-blown energy crisis, after realizing that plan A (ie., building new LNG terminals, increasing solar and wind infrastructure in response to Russia’s curtailment of gas shipments) cannot be feasibly achieved before winter comes in a few short months.

So, instead, the German government took control of Russian oil company Rosneft last week, in a desperate bid to boost energy supplies and meet the EU’s pledge to slash dependence on Russian oil imports before the end of 2022. Germany’s economy ministry on Friday announced the government put both Rosneft Deutschland GmbH and Refining & Marketing GmbH under the trusteeship of energy regulator Bundesnetzagentur (BNA). This means that Rosneft’s three stakes in oil refineries PCK located in Schwedt, MiRo in Karlsruhe and Bayernoil in Vohburg are now controlled by BNA.

The move follows last month’s amendment to a German energy rule that now grants government authorities the right to place “infrastructure critical to Germany’s security of supply” into temporary trusteeship. “This is a far-reaching decision on energy policy aimed at protecting our country,” said German Chancellor Olaf Scholz as cited by Reuters. “Russia, we have known for some time, is no longer a reliable energy supplier.” Rosneft, which accounts for approximately 12% of Germany’s oil processing company, will no longer have the right to make decisions or delegate instructions.

The plan also will also see state and federal governments invest over 1 billion euros into eastern German states as part of a “package for the future,” with 825 million euros going to Schwedt alone. The refinery in Schwedt receives all of its oil from Russia, but Germany’s latest anti-Russian move will likely prompt retaliatory action from Moscow. 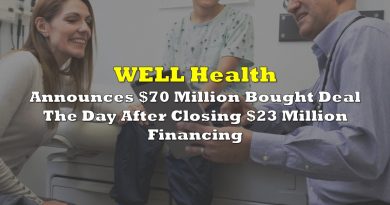 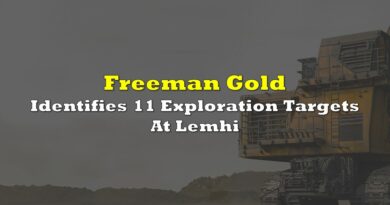 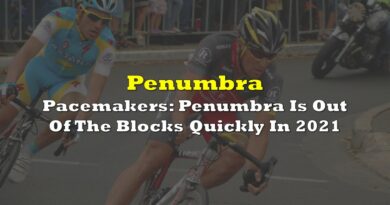