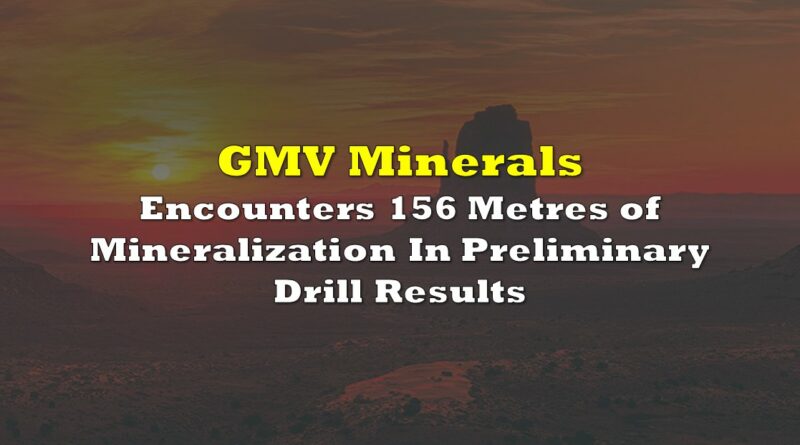 The latest drill program being conducted by GMV Minerals (TSXV: GMV) is off to a strong start. The company this morning announced that drilling has commenced for its latest 3,000 metre program, with the first hole posting positive initial results.

GMV has reportedly completed its first hole under the program already, with the hole being located 65 metres from the eastern-most drill hole conducted previously on site. The hole reported has resulted in “the most extensively mineralized drill hole ever encountered at the Mexican Hat by GMV,” while mineralization remains similar in nature to what has previously been drilled on site.

The company reported intersected mineralized latite tuffs at a depth of 49.7 metres, with such geology encountered through to a depth of 205.7 metres, for a total distance of 156.0 metres of this mineralization being encountered before the hole was terminated as a result of broken ground. The second hole is now being drilled a further 73 metres to the east, with the company expecting to hit the same principal controlling structure.

Additional holes under the program are slated to test a total of 1,200 metres of this structure in aggregate. The drill program as a whole has the potential to increase the deposit by 70% in terms of strike, with a total of eight holes over 3,050 metres planned currently.

GMV Minerals last traded at $0.26 on the TSX Venture. 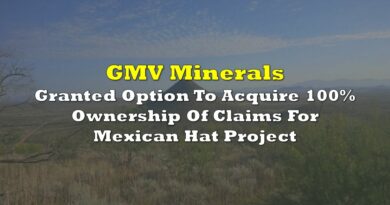 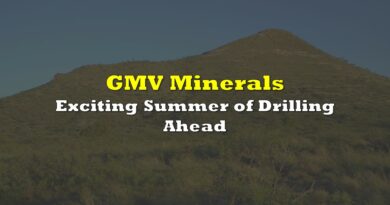 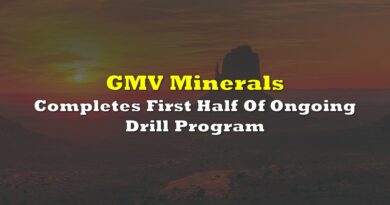