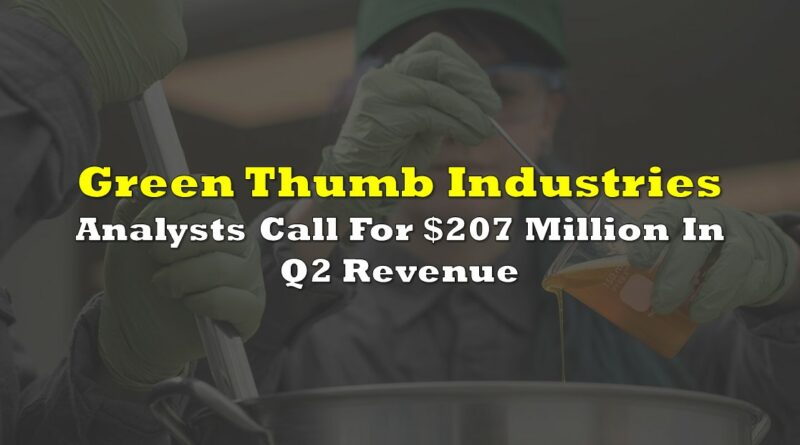 Green Thumb Industries (CSE: GTII) announced that they will be reporting their second quarter financials after the market closes on August 11.

12 analysts have revenue estimates for the second quarter. The mean between all 12 is $207.25 million; this number has been revised slightly higher from $200 million at the start of the year. The street high is $222.8 million while the lowest sits at $200 million.

Eight analysts have estimates for what this quarter’s gross profit margin will be. They expect the profit margin to come in at 56.25%, with this number being the same since the start of the year. Street high goes to Piper Sandler with a 57% estimate and the lowest sits at 55%.

Onto EBITDA estimates, there are currently 10 analysts who have second quarter EBITDA estimates. The mean is currently $74.17 million, with this number being slightly higher than at the start of the year. Street high goes to Echelon Wealth with a $77.7 million EBITDA estimate and the lowest being a $70 million estimate. 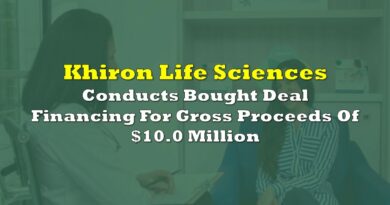 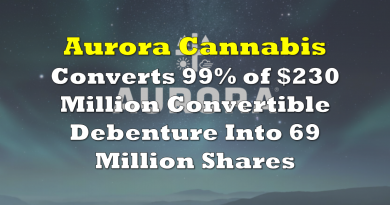 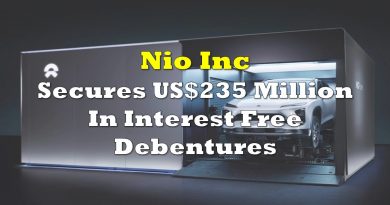