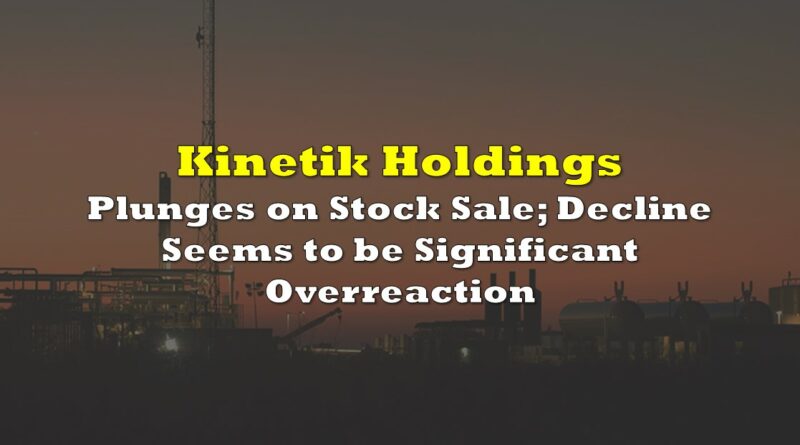 On March 9, Kinetik Holdings Inc. (NASDAQ: KNTK) sold what will amount to 4 million common shares (after the greenshoe option is exercised) at US$58.00 per share, a whopping 17% discount to its March 8 close. The dividend yield on Kinetik has ballooned to 9.8%, which would make it the highest yielding stock in the S&P 500 if it were a member.

When Altus Midstream and BCP Raptor Holdco, LP merged in mid-February, the resultant company was named Kinetik. It is an energy company which owns minority stakes in four natural gas, natural gas liquids and oil pipelines — two of which are located in the U.S. Permian Basin and are underpinned by very attractive, long-term take-or-pay contracts — as well as a midstream gas business.

Kinetik’s management estimates that pro forma 2022 adjusted EBITDA will be around US$770 – US$810 million, about 85% of which stems from pipeline take-or-pay contracts and current midstream production levels. In addition, capital expenditure requirements are fairly minimal.

The decline in Kinetik shares related to the offering appears to be a significant overreaction for several reasons. First, no new shares were issued by the company. All Kinetik shares were sold by a legacy shareholder, Apache Corporation. When the Altus-BCP transaction was announced in October 2021, one specific provision was that Apache would be able to sell 4 million of its shares within three months of the mid-February transaction closing. In exchange, Apache is required to invest at least US$75 million of the proceeds from the stock sale in a region where Kinetik has gas gathering operations. In other words, the stock sale was both not a surprise and represented an effective boost to Kinetik’s business.

Second, upon closure of the merger, Kinetik reaffirmed the safety of its US$6.00 annual dividend. The next quarterly US$1.50 dividend is expected to be declared in mid-April and paid in mid-May.

Little-known Kinetik could represent an interesting candidate for a yield-oriented portfolio. Its dividend yield is far too high for its risk level. Indeed, 85% of its cash flow is insulated from commodity fluctuations.

In addition, very few companies which trade at a high dividend yield plan to boost their payouts. Typically such companies either tighten their spending levels or hope business conditions improve (or both) to be able to maintain their dividend.  In contrast, Kinetik projects dividend increases beginning next year.

A final factor is that Kinetik is categorized as an energy company by investors. If oil and natural gas prices continue to rise due to especially tight energy conditions caused by the Russia-Ukraine war, Kinetik stands to benefit.

Kinetik Holdings Inc. last traded at US$63.16 on the NASDAQ. 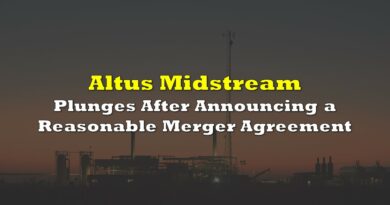 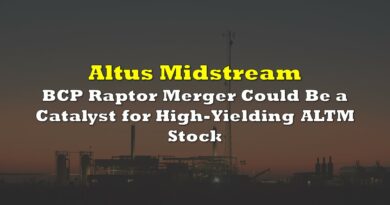 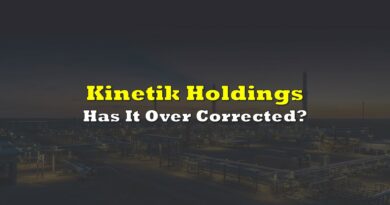