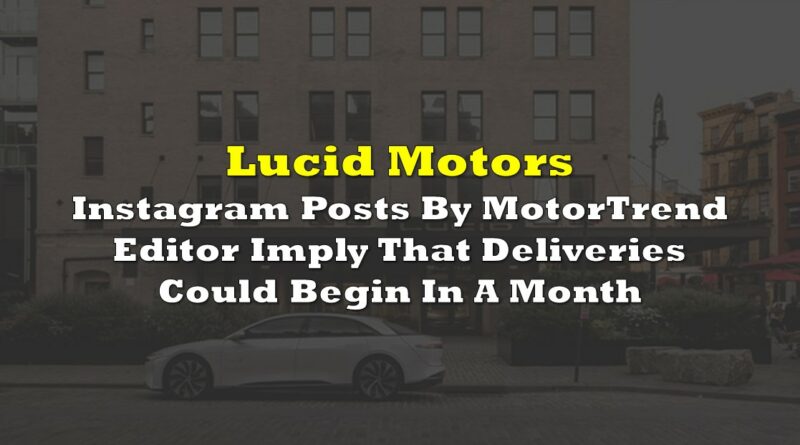 Over the weekend of August 21-22, Lucid Group, Inc. (NASDAQ: LCID) invited an editor from MotorTrend, Jonny Lieberman, to test drive its flagship electric vehicle, the Lucid Air. According to an Instagram post by this editor, the test drive went quite well.

Mr. Lieberman drove 409 miles from Los Angeles to San Francisco on a single charge, and apparently a substantial charge remained in the vehicle’s battery after that trip. Lucid Air’s maximum projected range is listed at 500+ miles.

More importantly, Mr. Lieberman implies in the same Instagram post that deliveries of the Lucid Air could begin around September 30. Given investors’ — particularly young investors’ — intense interest in Lucid and the stock’s poor performance over the last seven weeks, a Lucid announcement that deliveries will commence soon could trigger a rally in the stock.

Lucid does have a substantial short position which could contribute to any rally triggered by a delivery announcement. About 43 million shares are shorted, equivalent to nearly four days of trading volume.

However, only 2.7% of total shares outstanding were sold short as of July 30, a much smaller percentage than many other highly valued, controversial stocks. Indeed, at least three other start-up EV manufacturers are much more heavily shorted than Lucid.

A SPAC deal was finalized on February 22 between Churchill Capital Corp IV and Lucid Motors. The equity value of the February Churchill Capital-Lucid deal was announced at US$16.3 billion, and existing Lucid shareholders would receive a value of US$11.75 billion. The business combination closed on July 23 and was named Lucid Group.

According to its own projections, Lucid will not turn EBITDA positive or free cash flow positive until 2024 and 2025, respectively. By 2025 and 2026, the company hopes to realize gross margins of 22-23%. In 2026, the company hopes to generate US$2.9 billion of EBITDA and US$1.5 billion of free cash flow. So, even based on estimated 2026 EBITDA, Lucid’s current implied stock market value-to-2026E EBITDA ratio is just above 11x.

Lucid has not yet announced when it plans to release is second quarter earnings results. The company did not file its Form 10-Q for 1Q 2021 until June 1.

Based on the comments from MotorTrend’s Mr. Lieberman, Lucid could commence deliveries of its flagship Lucid Air EV around the end of September. Such news could prompt a short-term rally in the stock, particularly given its recent underperformance. However, when viewed from a longer-term perspective, Lucid shares trade at an elevated valuation level.

One thought on “Lucid Motors: Instagram Posts By MotorTrend Editor Imply That Deliveries Could Begin In A Month” 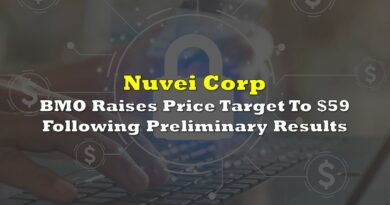 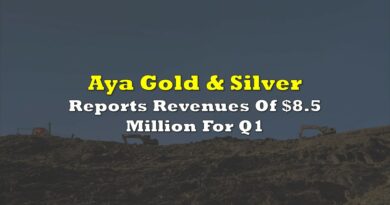 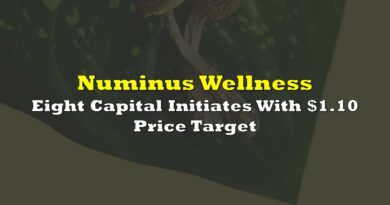