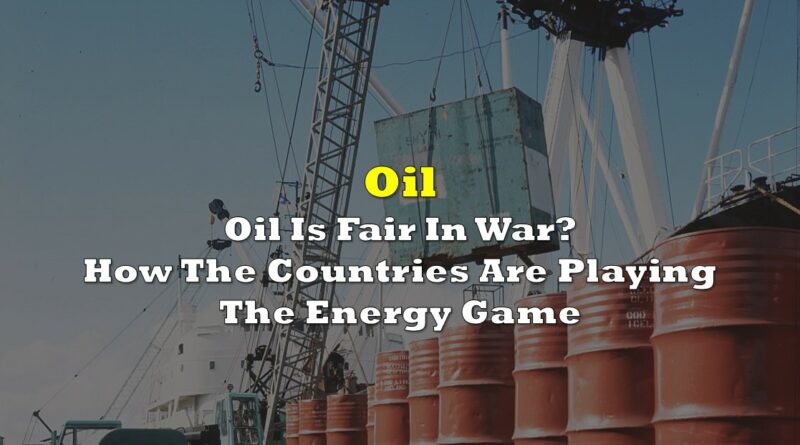 The price of oil recently broke the US$129-per-barrel mark. The United States banned Russian oil imports. Russia banned exports in retaliation. The European Union is caught in a bind to shut off Russian energy resource imports.

With the global superpowers playing with their oil spigots, it seems like the actual war in Ukraine remains in the background.

The US oil source conundrum

After reports of US President Joe Biden quietly persuading local firms to ramp up production, he had made his stance on domestic production clear when he announced the ban on Russian oil imports.

“[It’s] not true my policies are withholding production… Companies are making the decision not to drill,” said Biden.

The blame game was seconded by US State Department’s Senior Advisor for Energy Security Amos Hochstein, saying shale producers should do “whatever it takes” to ramp up the local production.

“If there’s a bottleneck it is on Wall Street and that’s not a U.S. government problem,” he added. “They should call their financiers and tell them there’s a war going on. The American public is paying the price.”

But the American firms are pointing at the government’s actions to transition away from oil, making the situation harder and less friendly for the industry. American Petroleum Institute CEO Mike Sommers said that what’s missing from the administration is a “stable regulatory environment… a policy environment that actually encourages American energy leadership rather than discourages it”.

The US is already the world’s top oil producer as of 2020 but holds 4% of the global reserves.

According to the Energy Information Administration, the US was a net crude oil importer in 2020, importing nearly 5.88 MMb/d and exporting about 3.18 MMb/d. The country has seen a ramp-up of local production in the past decade, but exports matched the rise.

Around 7% of the country’s total petroleum (including crude oil) imports came from Russia in 2020.

Aside from encouraging American energy firms to increase production, the US government is said to have reached out to Venezuela–which is currently under economic sanctions–and Iran to restore the nuclear deal and allow the return of its oil to the market.

The possible return of the Keystone XL pipeline

In that search, Alberta Premier Jason Kenney floated the idea of the US reviving the canceled Keystone XL pipeline. Kenney said it would be better off for the country to turn to Canada for crude oil than seek out “dictator oil”.

“We could turn this around in less than a year,” Kenney said on Monday in a news conference, projecting that the pipeline can be built by Q1 2023.

With 8% into the construction, the Keystone XL pipeline was stopped by owner TC Energy after Biden canceled the project on his first day in office and later revoked the permit needed to lay the pipeline. Critics have called for the cancellation as this is seen to have counterproductive results to the US transition to green energy.

On Monday, the White House Press Secretary Jen Psaki addressed the resurgence of Keystone XL pipeline talks, saying “it actually would have nothing to do with the current supply imbalance”.

“The Keystone was not an oil field, it’s a pipeline. Also, the oil is continuing to flow in, just through other means,” said Psaki.

Saudi, UAE hang up on Biden

As the US turned to its so-called allies in the Middle East, it was unsuccessful in trying to arrange calls between Biden and the leaders of the Kingdom of Saudi Arabia and the United Arab Emirates.

Officials on both sides said that Saudi Crown Prince Mohammed bin Salman and the Emirates’ Sheikh Mohammed bin Zayed al Nahyan both declined the requests for a call with the White House to discuss the surging oil prices.

While it isn’t a direct negotiation point for their oil, the Middle Eastern countries have raised concerns about the possibility of renewing the Iran nuclear deal that may threaten their own security. On the Emirates’ side, concerns were shared about the White House’s inaction related to the recent missile strikes towards UAE and Saudi launched by Iran-backed Houthi militants in Yemen.

The strained relationship between Biden and bin Salman goes deeper as the US President openly criticized him since the campaign period, vowing to treat Saudi as a “pariah” state following the murder of journalist Jamal Khashoggi in 2018. For the latter, the crown prince is facing lawsuits in the US.

Further to the east, China seems to be moving to turn off its gas faucet to the world. The country’s National Development and Reform Commission asked local oil companies to suspend their April gas and gasoil exports following the rising oil prices, according to sources familiar with the matter.

While the announcement is not regulatory, quota holders usually follow the NDRC’s requests.

Two of the world’s biggest oil and gas companies based on revenue are from China.

Also in an obvious bind amid the energy game is the European Union. On Monday, the European Commission President Ursula von der Leyen said that the union “must become independent from Russian oil, coal, and gas”.

“We simply cannot rely on a supplier who explicitly threatens us,” she added.

The commission put out the outline of a plan for how to make the continent independent from Russian exports by 2030. The plan includes a legislative proposal to require “underground gas storage across the EU to be filled up to at least 90% of its capacity by 1 October each year”, diversifying gas supplies from non-Russian suppliers, and reducing the overall use of fossil fuels.

“It is not an exaggeration to say that this energy crisis, this energy shock of 2022 is comparable in intensity, in brutality to the oil shock of 1973,” said Le Maire. He added that the best response to the current oil shock is “total energy independence of France and the European Union”.

Information for this briefing was found via S&P Global, Seeking Alpha, Denver Gazette, The Wall Street Journal. The author has no securities or affiliations related to this organization. Not a recommendation to buy or sell. Always do additional research and consult a professional before purchasing a security. The author holds no licenses. 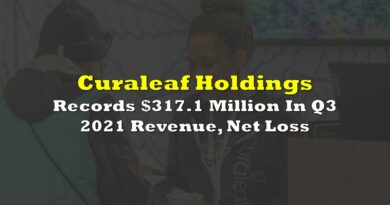 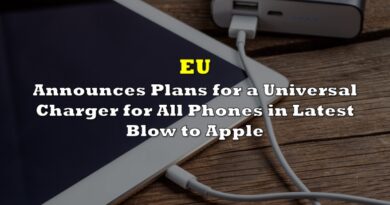 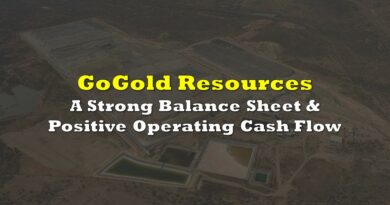