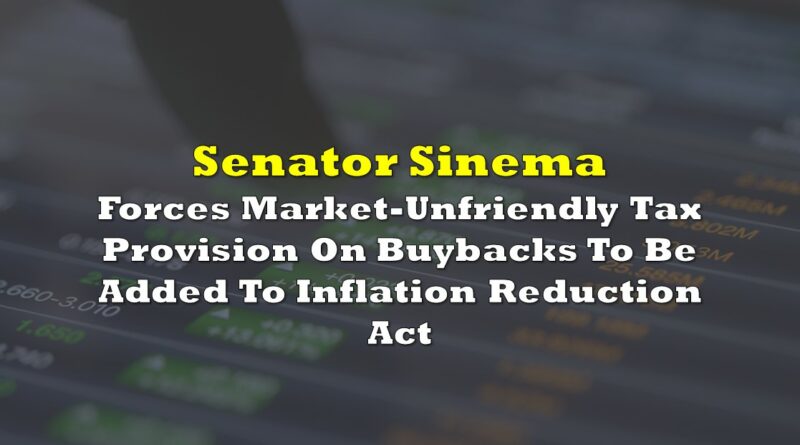 A frequently used quote in politics, “Laws are like sausages, it is better not to see them being made,” comes to mind as U.S. Senate Democrats tried to appease — now successfully — Arizona conservative Democrat Kyrsten Sinema to gain her critical 50th vote for their key climate and health care package, that is for some reason called the Inflation Reduction Act.

The bill, which was originally drafted by Senator Joe Manchin (Democrat from West Virginia) and Senate Majority Leader Chuck Schumer (Democrat from New York), called for two main categories of increased spending: 1) US$369 billion for energy security and climate-related programs; and 2) an additional US$64 of Affordable Care Act (more commonly known as Obamacare) spending over a three-year period ending just after the 2024 presidential election

In the original draft, sources of funding for the incremental spending would negatively impact corporations and hedge funds. The original proposal would have put in place a minimum 15% tax rate on corporations which would bring in an incremental US$313 billion into U.S. government coffers. Second, the original agreement would have closed the carried interest loophole, saving a fairly small US$14 billion. This loophole permits investment managers to pay the lower 23.8% long-term capital gains tax rate on income received as compensation instead of the ordinary income tax rate of as much as 37%.

Senator Sinema apparently fought for and won a paring back of the 15% minimum corporate tax. The original proposal deferred or denied manufacturing companies’ ability to use accelerated depreciation for tax purposes. The new bill reportedly preserves that benefit. This change cuts funding for the bill by an estimated US$55 billion.

The senator from Arizona also insisted that the carried interest loophole be maintained. (A cynic could suggest that campaign contributors thought that was a necessary action.) Maintaining the hedge fund-friendly provision creates a further funding gap of US$14 billion.

To replace the aggregate US$69 billion of foregone funding sources described above, Democrats now will reportedly impose a 1% tax on stock buybacks implemented by corporations. Such a move, which has to be considered stock market-unfriendly, would bring in US$74 billion. The thinking is that the imposition of the tax could incent large corporations to reinvest at least some of that money in growth projects that would presumably increase job growth.

Stock buybacks, which are expected to total US$1 trillion in the U.S. this year, have for years represented a key source of stock purchase demand in worldwide stock markets. It is unclear how this will be affected if corporations are forced to pay a tax on share repurchase plans.

The U.S. Senate voted to advance, via budget reconciliation, the revised Inflation Reduction Act this past Friday. Budget reconciliation overrides filibuster rules that require a 60-vote supermajority for passage. The act now is expected to be signed by President Biden sometime this week. 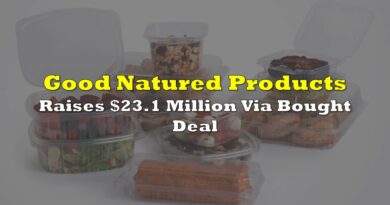 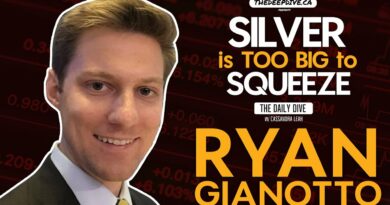