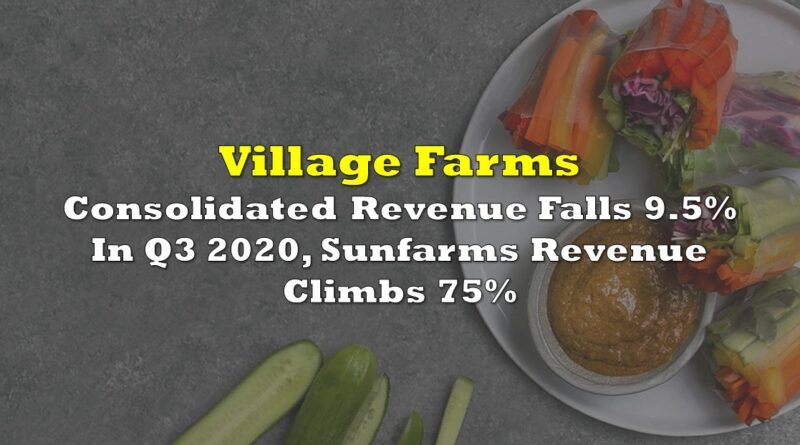 Village Farms (TSX: VFF) (NASDAQ: VFF) this morning reported its third quarter financial results, revealing total consolidated revenues of US$43.0 million, a decrease of 9.5% on a quarter over quarter basis, along with a net income of $0.5 million. Notably, revenues from its Pure Sunfarms joint venture were not consolidated within the quarter, given that full ownership was not acquired until November 2020.

Given that the 58.7% interest held in Pure Sunfarms as of September 30 was not controlling, financials could not be provided on a consolidated basis. As a whole Pure Sunfarms generated US$17.0 million in gross sales over the three month period with SG&A amount to US$2.4 million, and net income as a whole coming in at US$2.5 million. Overall, it resulted in $1.3 million being attributable to Village Farms.

While numerous variants of financial statements were provided in Village’s press release to present things on a pro-forma, proportional, and actual basis, the actual financial statements were consulted for the following. As a result, it is largely based on the produce operation of the company, meaning that future results will not be directly comparable due to the future consolidation of Pure Sunfarms.

Expenses meanwhile amounted to $4.9 million, a significant increase from the $3.8 million in the second quarter. Share based compensation also came in higher, at $0.5 million, while interest expense amounted to $0.3 million and foreign exchange losses totaled out at $0.5 million, placing the company at a loss of $0.5 million before taxes and earnings from unconsolidated entities.

Following a provision of $0.3 million for income taxes, and a gain of $1.3 million in equity earnings from Pure Sunfarms, Village Farms managed to eek out a net income of $0.5 million in the third quarter, demonstrating that the true value here appears to be one of the few profitable Canadian cannabis operations.

In reference to Pure Sunfarms, it should be noted that on a quarterly basis net sales increased 75%, while gross profits climbed 81% to C$7.8 million. The subsidiary currently holes 15.2% market share in dired flower within Ontario, while remaining the top selling brand of dried flower products.

Village Farms last traded at $6.06 on the Nasdaq. 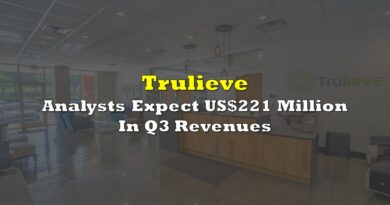 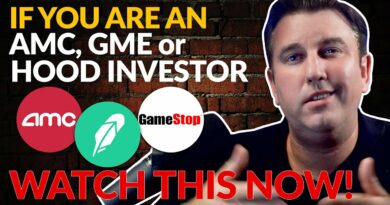 Robinhood: Did Their President Trade On Non Public Information? 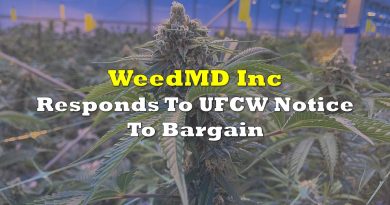