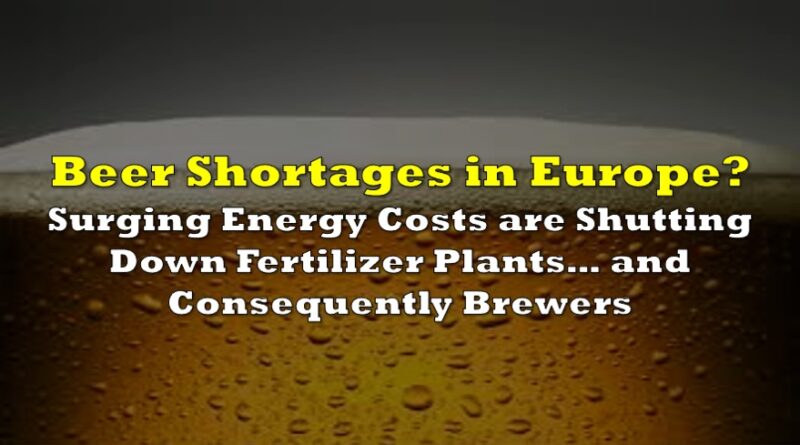 The European Union may not need to embark on burdensome efforts to cut down the use of fertilizer in the name of reducing emissions— it appears the region’s energy crisis will do all the work. The soaring cost of natural gas is forcing fertilizer plants across Europe to shutter output, sending ripple effects through numerous industries including farmers and food manufacturers. But, most notably and likely the most overlooked, though— has been the subsequent impact CO2 supplies, a byproduct of fertilizer production.

Europe’s food chain is collapsing— and fast. Last week, Yara, the biggest fertilizer producer in the world, announced it will be slashing urea and nitrogen fertilizer production by 50% amid astronomically high natural gas costs. Likewise, CF Fertilizers’ UK operations also revealed it will “temporarily halt” output at its Billingham plant. Not only are the latest shutdowns detrimental to crop fertility, but also to the production of CO2 gas, which is used for surgical procedures at hospitals, humanely slaughtering animals, and most importantly (to some, anyway), adding fizz to beer.

Carlsberg told Politico it will be halting beer production in Poland right away, with other brewers also planning to follow suit. “Few people realize that carbon dioxide is a byproduct of fertilizer making. And it cannot be stored for a very long time, so we only have a few days’ worth of reserves left,” said company spokesperson Beata Ptaszyńska-Jedynak. “We will be shutting down beer production any moment now … but we aren’t the only ones. Unless they have facilities to produce their own CO2, most beer companies will have to do the same.”

Ptaszyńska-Jedynak stressed that the situation has far wider-reaching implications that beer production, because CO2 is also used for making dry ice, which is vital for preserving food during transportation. “The situation is critical for every aspect of the food sector where CO2 is used.” CO2 is also used in the humane slaughter of livestock, seeding worry among farmers who are facing animal-welfare issues due to mounting levels of pigs and poultry awaiting processing.

To partially help ease the burden facing the region’s food producers, the European Commission proposed temporarily lifting tariffs on materials used for nitrogen fertilizer production, but such a decision isn’t slated for discussion until sometime in September. “Waiting even a few weeks for the government to act could be too long,” British Beer and Pub Association CEO  Emma McClarkin told Politico. “We need a sustainable plan for the supply of CO2 to our industry and urgent help with rising energy bills for businesses before they’re forced to close their doors.”

Information for this briefing was found via Politico and twitter. The author has no securities or affiliations related to this organization. Not a recommendation to buy or sell. Always do additional research and consult a professional before purchasing a security. The author holds no licenses. 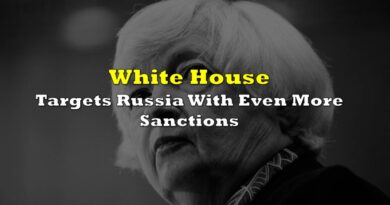 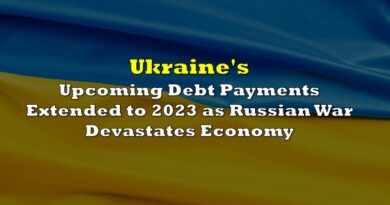 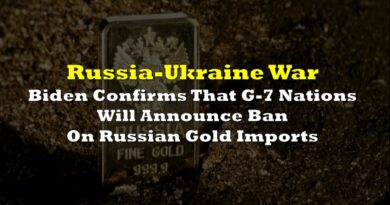