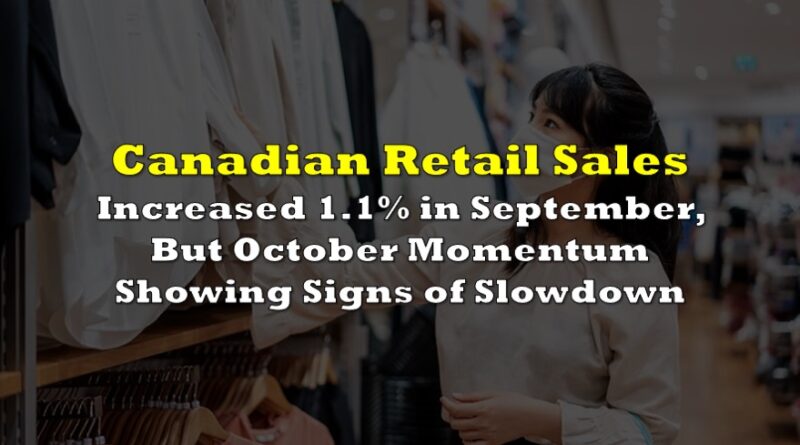 Canadian retail trade showed better than expected results for the month of September, with sales increasing by 1.1%, well above the median forecast of 0.2% projected by economists surveyed by Bloomberg. However, Statistics Canada notes that the results may only be short-lived, with preliminary estimates suggesting that the momentum is dwindling.

According to retail trade data released by Statistics Canada on Friday, retail sales rose by 1.1% to $53.9 billion in September, the fifth consecutive month of gains since retail trade collapsed back in April. Core retail sales, which exclude motor vehicle and parts dealers, as well a gas stations, also increased from 0.4% in August to 1.1% in September. Sales at food and beverage stores grew by 0.9%, largely due to increasing prices of dairy products, fish, and meat. In addition, retail sales at furniture and home finishing stores increased by 4.5% after declining 2% in the prior month.

In the meantime, retail sales at motor vehicle and parts dealers registered their fifth consecutive month of growth, with an increase of 1.5% in September and 1.7% higher than February levels. September is also the first time since the beginning of the pandemic that new motor vehicles rose by 2.5% on a year-over-year basis, with the sale of trucks, which is the aggregate category of light trucks, heavy trucks, and buses, increased by 5.7% year-over-year. However, sales of passenger vehicles dropped by 12.5% in September. 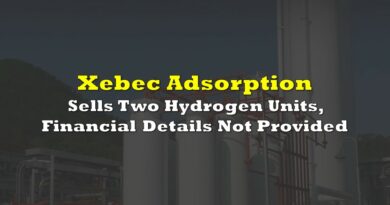 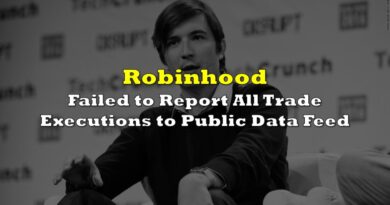 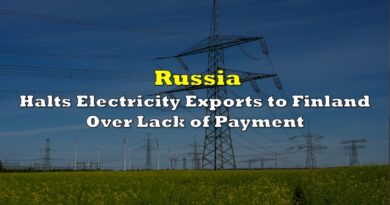 Russia Halts Electricity Exports to Finland Over Lack of Payment