It appears that Namaste Technologies (TSXV: N, OTCMKTS: NXTTF) will not become the “Amazon of Weed” it once claimed it would be. Rather, it’ll be lucky at this point if it can keep the doors open long enough to even be known as the joke of the cannabis industry.

Today, the company announced that PricewaterhouseCoopers has formally dropped them as a client, six months after the two commenced their client relationship. Namaste has yet to find someone to replace PwC, stating on the matter they “are in advanced discussions with potential successor auditors, one of whom is in the final stages of its client acceptance process.” Having an auditor resign is never a good sign, and this is only further amplified by the fact that Namaste Tech has yet to find a replacement.

In typical Namaste Technologies fashion, this news brings the further announcement that their annual financial statements will be delayed – missing the March 31 deadline. This will unbelievably be the third time in a row that this has happened – it’d almost be impressive if it wasn’t such a glaring issue demonstrating the incompetence at the company.

Also within the release, the firm identifies several other material items – such as the fact that their Brazil operations are under investigation for not following practices related to online advertising of tobacco products. As such, the company has suspended it’s Brazil operations until a full external review has been conducted. The expected impact is estimated as being 8% of current global revenues.

Commenting on the recent developments, the Namaste team chalked it up as follows, “Following recent changes in management, Namaste’s executive team has undertaken an in-depth strategic review of its current and future operations globally in an effort to streamline the business and ensure compliance throughout the organization. As part of this process, management has been reviewing the entire business in an effort to focus the organization on the highest value opportunities to maximize future growth.”

This latest news comes on the heels of a turbulent month which saw founder and long time CEO Sean Dollinger forcefully removed from the company. Although initially Dollinger had stated he would be engaging in legal discussions, Namaste and Dollinger have since settled their issues. As a result, Dollinger will be serving as a special advisor to the company while stepping down from his director role and entering into a non-compete agreement.

Namaste is reportedly in the process of undergoing a full compliance check through the use of a special independent legal advisor to ensure the company is meeting compliance in all jurisdictions in which it operates.

Information for this briefing was found via Sedar, Newswire and Namaste Technologies. The author has no securities or affiliations related to this organization. Not a recommendation to buy or sell. Always do additional research and consult a professional before purchasing a security. The author holds no licenses. 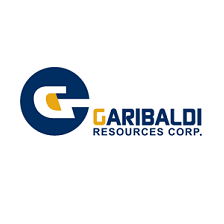 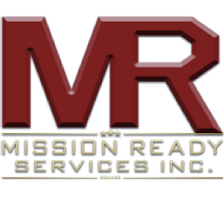