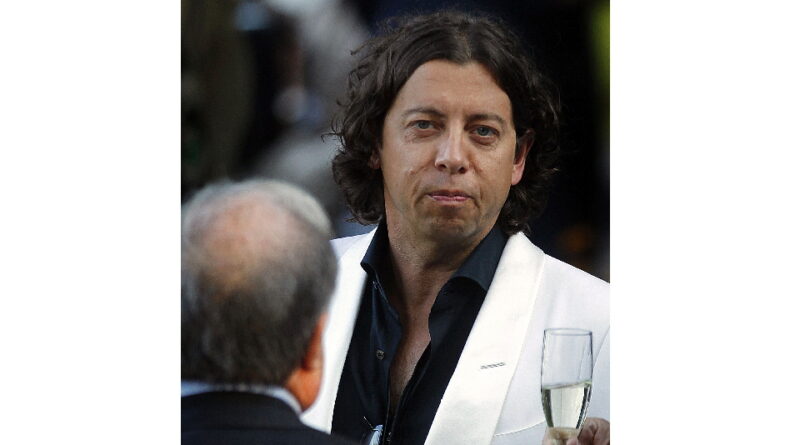 Everything that we know about the Bridging Finance scandal puts Winnipeg businessman Sean McCoshen in the middle of it. He was Bridging’s largest debtor when it was put into receivership, and the details put him right in the mix at all the dirtiest parts.

The media made hay with this grease ball as it all came apart, and he had most certainly earned it. The Globe and Mail portrayed the ‘dealmaker’ as a sort of dopey, obvious con man, whose homes in Vancouver, Oregon and the Turks and Caicos, collections of art and sports cars, and season tickets to the LA Rams were being liquidated in bankruptcy to make hardly a dent in the $212 million being claimed by Bridging’s receivers on behalf of its unitholders.

Since the Bridging receivership order, there have been no known interviews with McCoshen by media, Bridging’s receivers, or officials at the Ontario Securities Commission or RCMP Integrated Markets Enforcement Team. The McCoshen-controlled companies that held the debt extended by Bridging have all dissolved or gone bankrupt. His bankruptcy trustee’s effort to locate all his assets is being assisted by his former lawyers, accountants, and staff. By all accounts, Mr. McCoshen is in the wind.

The Deep Dive has identified Sean McCoshen as one of several entities insolvent commercial lender Bridging Finance is known to have lent to. No comprehensive picture of the Bridging borrowers is available, key portions of the Ontario Securities Commission’s submission to Bridging’s ongoing receivership having been redacted. This post is part of an ongoing series on Bridging, and its associates such as Gary Ng. The most recent installment of which covers Mjardin Group (CSE: MJAR) and Harvest Health.

The low profile is an abrupt departure from the brash style that put McCoshen in the position to be an international jet-setter. His earliest established work in lending started in 2014, and revolved around middle-manning loans to First Nations communities. The company he founded was called The Usand Group and, at the time, it was the subject of glowing coverage in business magazines.

According to this undated article in Business Elite Canada, Sean McCoshen’s outfit was “leveling the playing field,” for indigenous communities who had been cut off from the global economy by, “the way the Indian Act and collective ownership of land had handicapped the ability and interest of lenders.” But not with McCoshen on the job! The Usand Group was there to make sure the lenders’ ability and interest were intact, so that these communities could get access to the same high-interest loans as the rest of us.

Usand’s work was treated like bold humanitarian capitalism by Business Elite Canada and Canadian Business Journal while it was operating, but they haven’t covered it much lately. A June 26, 2021 article in The Winnipeg Free Press has Usand booking $7 million in fees from the Peguis First Nation for arranging $37 million in loans from our old friends at Bridging Finance. The Bridging loans ended up being a breach of covenant on existing loans from the Bank of Montreal, who demanded full payment from Peguis, which Usand facilitated with another loan from Bridging. The 10,000 member community ended up borrowing $122 million in total from Bridging.

Allegations that Usand solicited kickbacks from the First Nations to whom it was arranging loans first surfaced in 2016 in reporting by the Aboriginal Peoples’ Television Network (APTN). Usand sued APTN over the story in 2016 (unsuccessfully) for defamation. Jorge Berrera’s excellent APTN story, complete with internal Usand documents, is still available here. Three months later, Berrera had McCoshen as a principle in a Cayman Islands-based fund aimed at providing tax-avoidance services to Canadian First Nations.

In 2015, McCoshen made an attempt to middleman a $28.9 million Bridging loan to G7G Railway, a Vancouver company with plans to build a railroad from Alaska to Alberta. G7G Railway had an agreement in principle with Bridging, and shared confidential information under NDA as part of the loan process, only to have Bridging stop returning calls when they balked at a $1.7 million finders fee that would have been payable to McCoshen. (David George-Cosh, Bloomberg, July 5, 2021)

With borrowers too cheap to pay a lousy 5.8% finders fee on a high-interest loan, and a vicious press making his consultancy look like some kind of racket, McCoshen may have thought the banking business was getting stale. Besides: he’d always fancied himself more of a Captain of Industry type, anyhow.

The notion that bitumen could be shipped by rail to Alaska, where people understand the importance of petroleum revenue, unlike those eco-terrorists out in BC, is catnip for Alberta and Alaska business types, many of whom have script font tattoos that read, “We Must Get Our Oil To Market!”

The business media that caters to them had a lot of time for McCoshen’s ripped-off railroad idea. The Anchorage Press called the project ‘Port Mac’s Sugar Savior’ (sic) in a feature that was moved ahead of the paywall for exposure (and since moved back, archived link here).

By 2019, “A2A” was Bridging Finance’s largest borrower, and McCoshen was willing the project into existence through a steady drumbeat in the press.

The regular attention of the business media gave McCoshen all sorts of room to move. It wasn’t just a way to get ‘stranded commodities’ to tidewater, it was also an important partnership with the indigenous communities along the route, who were being offered an “unprecedented opportunity to own at least 49% of the project.” No word on what the buy-in cost would be on that opportunity, but McCoshen could surely set them up with a lender.

The OSC investigation has the McCoshen-controlled Alaska to Alberta Railway Development Co. (AARDC) borrowing $160 million from Bridging between December, 2015 and September 2020, including $30.6 million in convertible debentures.

That may seem like a lot of money to loan a fledgling railway, but only if you haven’t done the exhaustive due diligence work that high-powered consulting firm McKinsey & Company is known for. McKinsey produced a report in November of 2020 that valued the project at $4 billion. We haven’t been able to obtain this report, but the OSC has. According to them, its input assumptions included $14.9 billion being contributed to the project through certain milestone payments from the governments of Alberta, Yukon, The Northwest Territories, and Alaska. No such commitments actually existed, but that didn’t stop Bridging from putting all that McKinsey value on its balance sheet.

$30.6 million of the funds advanced to AARDC in June of 2019 bought Bridging an option on the project’s equity through a convertible debenture. The interest accrued by the end of fiscal 2020 put the debenture’s book value at $38 million, but that was before the McKinsey report. Between that baby and a presidential permit issued by outgoing US President Donald J. Trump himself, Bridging valued these convertible debentures at $145 million, presumably with the approval of auditors KPMG. The book value of the Bridging exposure to McCoshen-controlled entities as of April 30, 2021 was $490 million, much of it staked against units of The Carlyle Group that McCoshen invented so that he could pretend to own them.

But for Sean, it was never about the money.

On April 29, 2021, Sean McCoshen, fresh off of a media tour where he frequently got indignant about the $8 cost of a bag of Doritos in remote indigenous communities, appeared by video before the Canadian House of Commons’ Standing Committee on Transport, Infrastructure and Communities. He told them that he was astounded when he learned that there was no rail link to Canada’s North, and that his company was here to lower the cost of living for those Northern communities. He drove hard on the point that the railway would be part-owned by the communities along its route, without saying anything about how they would finance that ownership.

It isn’t clear if McCoshen’s media push was in spite of or because of the concurrent Ontario Securities Commission investigation into Bridging and his friend, Bridging CEO David Sharpe, but he almost certainly knew it was going on. A key holding company of his, 7047747 Manitoba, Ltd., was dissolved shortly after Bridging learned of the investigation. The affidavit of Daniel Tourangeau, the OSC’s lead investigator, was sworn the same day McCoshen testified before the Transportation Committee.

By Tourangeau’s count, $19.5 million was transferred from McCoshen-controlled entities to Sharpe’s personal Bank of Montreal checking account between 2016 and 2020. Sharpe initially denied having received any money from McCoshen then, confronted with his checking account records, said that the inbound transfers were personal loans from McCoshen, and flat-out denied they were kickbacks. The payments all came in the days that followed Bridging loans to Pegius, MJardin, and AARDC that were arranged by McCoshen. Sharpe could not produce a loan agreement between himself and McCoshen.

The OSC’s testimony has a Bridging employee being asked by David Sharpe to delete 34,000 emails from Bridging servers, sourced from search terms including “McCoshen” and “7047747,” a McCoshen-controlled Manitoba company that received $82.5 million from Bridging that was meant for AARDC.

We haven’t heard much out of Sean McCoshen since he testified before parliament. His failure to file a response in bankruptcy proceedings put him in default in July of 2021. McCoshen bankruptcy trustee The Faber Group listed $32.9 million in realizable assets, including the properties in Oregon and Turks and Caicos, proceeds from the sale of a property in Vancouver, $100,000 worth of art, and shares in various numbered companies, which causes us here at The Dive to wonder: “what happened to the rest of it?”

$55 million is a lot to burn through in three years, especially when $25.5 million of it only showed up in September of 2020, less than a year before McCoshen’s July, 2021 bankruptcy. The receiver is also aware of another $20.6 million that Bridging advanced to an A2A company on paper that never showed up, and McCoshen did a brisk business in, “guarantee fees.”

It stands to reason that Bridging’s receivers at PwC would like to talk to McCoshen about where all that money went, but he isn’t available. McCoshen avoided having to answer questions from PwC on a medical exemption. The Globe and Mail‘s efforts to locate him this past June were unsuccessful.

When The Deep Dive asked the same RCMP Integrated Market Enforcement Team pursuing charges against Gary Ng if it had an open investigation into Mr. McCoshen or David and Natasha Sharpe, we were referred to RCMP media relations who declined to say. 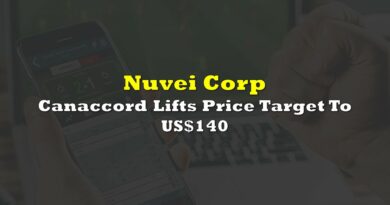 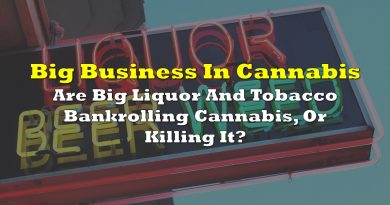 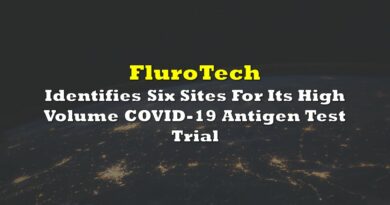