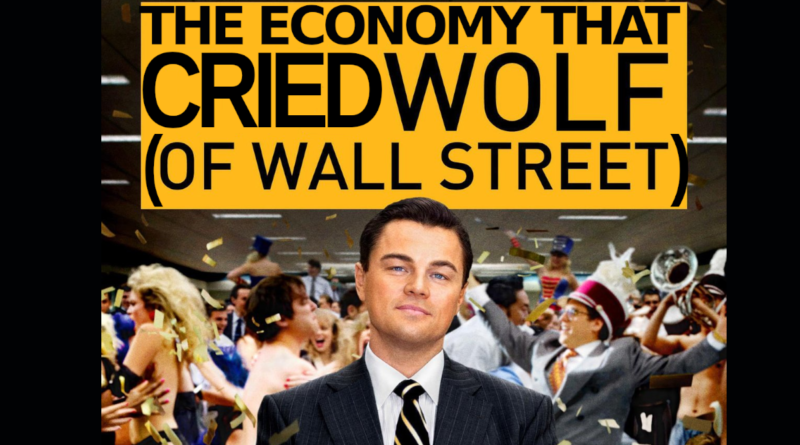 This past March, when the pandemic shut the economy down by forcing everyone to stay home from work, may have been the last time the stock market worked the way it was supposed to. The major equity indexes, the minor equity indexes, and the bond markets… all fell out of bed in a reasonable response to the obvious: There wasn’t going to be any more money coming in.

The massive daisy chain of corporate bonds that held the balance sheets of the companies that own and operate vital portions of the economy was in danger of falling apart, because the money being earned to make the payments wasn’t going to be earned anymore. Massive defaults were inevitable.

The Federal Reserve and the US Treasury, who are tasked with preventing that sort of thing, made damned sure it didn’t happen. They stepped up with the money and backing to float the whole works. They got under the bond market and made all that garbage corporate debt practically government paper.

They “lent” trillions to the commercial banks, who made forgivable PPP loans to their business clients at their own discretion. An ocean of money flooded into a financial system nominally tied to an economy that suddenly had a lot fewer places to earn it.

With unemployment at highs and GDP at lows, the markets took off. Stocks are reflections of the future, and anyone who wasn’t out busting their ass making deliveries for Skip the Dishes had a whole lot of time to dream about the future. It is through this period that we experienced the rise in tech spec, as Cathie Wood and Elon Musk took pure fantasy and packaged it into new kinds of investment products that quickly became more valuable than small nation states.

As Americans lined up for food banks, and anyone who wanted to work for a living was told to download the app and embrace the “gig economy,” they got the message: There’s no help coming for the actual economy. The government isn’t going to build another Hoover Dam or Interstate Highway System or anything like that. It certainly isn’t going to cover anyone’s rent or otherwise freeze housing payments.

The message was clear: actual economic output is not a priority. The capital markets – WELL detached from the actual businesses that underpin the equity and credit instruments that make them up – are the priority. They were back up to all-time-highs by August in a confirmation that that’s where the money is. And the people said: “OK.”

The Rise of Retail

Retail traders and stock forums didn’t pop up out of nowhere. They’ve been around a long time, and it’s always been a lot of fun. Being out-gunned by institutional money never really kept anyone out of self-directed investing, because uniform rules made the game fair. Sure, the institutions have more money and better information, but they’re also less nimble.

The advent of online discount brokerages gave the plebs the same (theoretical) access to the markets as anyone else, and it felt… democratic. It never really was. Robinhood was always selling order-flow to institutions, effectively leading retail to the slaughter, but it felt democratic. And as the markets continued to be the destination of the Fed’s inflation, it seemed more and more like the thing to do. The crowd grew quickly, as crowds do, and an economy of information grew around them just as quickly.

Those of us who played sports before Facebook and email remember phone trees. When the game was going to be rained out, or the location changed or something, everyone on the team had two specific people they were responsible for calling and telling about it after they heard from the person who was tasked with calling them. That way, word got out quicker, and one person didn’t have to spend all day making 20 phone calls.

Stock market information used to spread the same way at the same pace, though less organized. It was basically a gossip chain of suits and terminal jockeys. The advent of message boards allowed more people to get on the same page more quickly, and it was only a matter of time before retail figured it out: “The shorts need to cover, and there are more of us than them. If we buy the options, the market makers are going to have to have to buy or borrow stock so that they’re in a position to handle tender. If we KEEP buying options, the shorts will just have to pay more to cover.”

Despite the fact that it took us about 1500 words to explain it, the GameStop (NYSE: GME) and AMC Entertainment (NYSE: AMC) trades aren’t complicated. It’s a bludgeoning undertaken with a blunt instrument: money. Money pushing around other money. And it worked, because that always works. It’s basically physics. But so is a 70 yard run for a touchdown; and it doesn’t count if the ref throws a flag and calls it back.

Thursday, both Robinhood and Interactive Brokers shut down buying of call options in AMC and GME, while still allowing for their sale. There were simultaneous technical issues at TD Ameritrade, Charles Schwab and other platforms. That gave the (mostly institutional) money that was short a chance to cover at a loss that wasn’t going to break them.

Today, options expiry Friday, GME closed at $325.00. The institutions presumed to have been caught short have been pretty quiet, but their peers have made some fairly obtuse public statements which went something like: “You made money. What are you complaining about?”

What they’re complaining about is the fact that they didn’t make ALL the money, and they should complain. Nobody tells Jeff Bezos or Leon Black that they ought to be happy with what they’ve got. Those commercial-scale rent seekers are lionized and celebrated as titans of industry, and let off the hook for hanging out on Epstein’s private island.

Nobody stops the clock to keep retail traders from having their lights put out. They just get a lecture about risk and have to take a job delivering food, where their boss is an app.

One thought on “The Economy That Cried Wolf (Of Wall Street)” 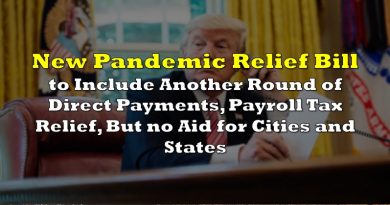 New Pandemic Relief Bill to Include Another Round of Direct Payments, Payroll Tax Relief, No Aid for Cities and States 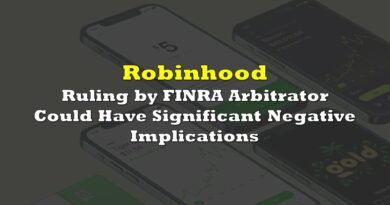 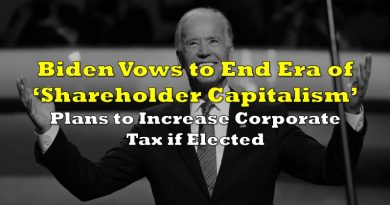