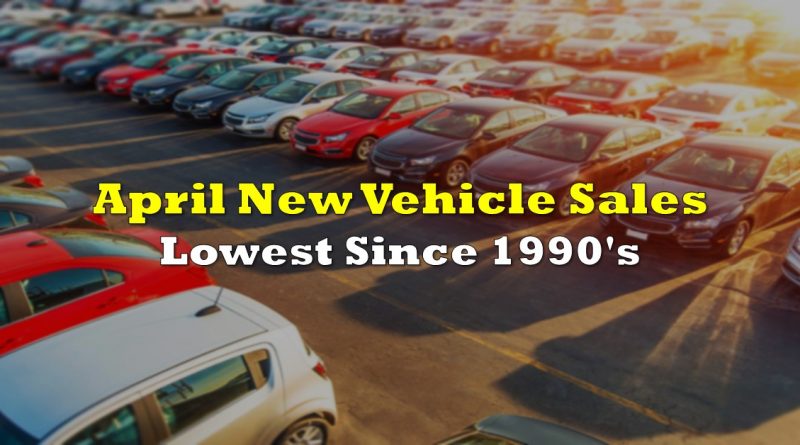 Edmunds, which serves as an online resource for automotive information, recently published data on new vehicle sales for the month of April – and it appears that the auto industry has not been faring very well through the coronavirus pandemic.

According to Edmunds’s preliminary data, new vehicle sales in April dropped by 36.6% from the month prior, and decreased by 52.5% when compared to April 2019, reflecting the lowest number of sales in a month since 1990. General Motors saw a decline of 26.3%, and Ford sales fell by 39% from just March 2020 alone.

According to Edmund’s experts, April is most likely going to be rock bottom for auto sales; consumers across the country are deferring their purchases, and are instead allocating what income they have towards necessities such as groceries and bill payments. Vehicle fleet sales to rental car companies has also dried up, given that the industry too has been negatively impacted by the pandemic.

However, the amount of new vehicles being sold and the amount of new vehicles being produced in factories is far from being in equilibrium. There is currently an oversupply of new vehicles en route to the US, causing a backlog of vehicle-carrying container ships. Normally, ships would dock, quickly unload the shipment, and be on their way to their next destination. This time though, many ships have had to divert to other ports while additional space was being found for the growing abundance of owner-less vehicles.

Since one cannot stack cars to optimize space, several vehicle manufacturers had to get creative in finding room for their newly-found oversupply of “tin cans on wheels.” Toyota for example, has resorted to leasing a sports venue lot in California for their abundance of cars, and Hyundai is following suit. It is a quite mind-boggling reality that we live in: we now have such an oversupply of new vehicles slated for a market demand that doesn’t even exist, meanwhile ventilators – about the only goods that are relevent right now – are found far and few between.

Nevertheless, as coronavirus restrictions are being slowly lifted across the country, Edmund’s analysts are predicting the month of May should have a better outlook. Automakers are planning to grandiose incentives to get people to dealerships to buy new cars, but an unsettling question still remain: are consumers going to be willing to forgo what’s left of their income on a new car, or rather put it towards necessities like groceries and housing bills?

Information for this briefing was found via Edmunds and Zero Hedge. The author has no securities or affiliations related to this organization. Not a recommendation to buy or sell. Always do additional research and consult a professional before purchasing a security. The author holds no licenses. 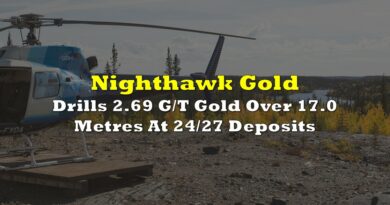 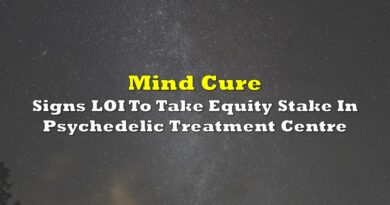 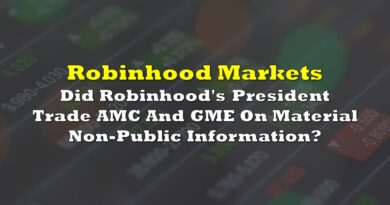