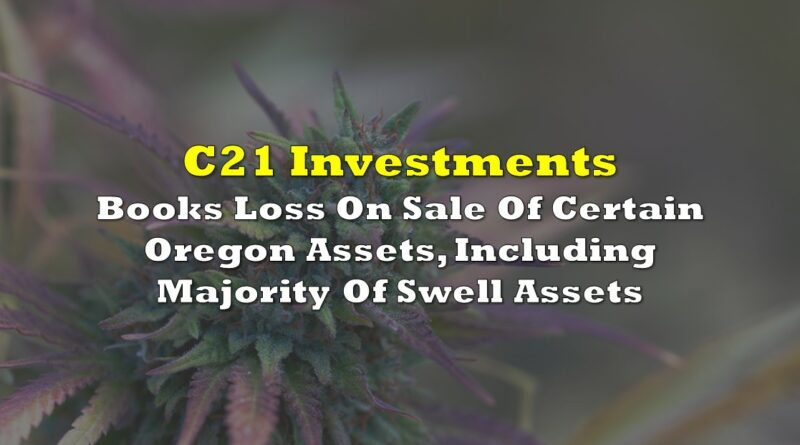 C21 Investments (CSE: CXXI) this morning announced that it has sold off certain assets in Oregon that it has labelled as being “non-core” in nature. The sale consists largely of a number of assets located in Portland, Oregon, that are believed to have been acquired via the acquisitions of Swell and Megawood Enterprises in early 2019.

The company this morning outlined the assets as consisting of “Portland processing equipment, the Dab Society brand, a retail and wholesale license, including the assumption of respective leases.” In connection with the sale, the company will receive $1.3 million in cash, of which $300,000 has been paid up front by the company.

The sale represents a major loss on the books for the company, whom in 2019 acquired Megawood Enterprises, which consisted of a licensed cannabis retail operation in Portland, for $0.8 million, as well as Swell Companies for $18.8 million. The company has indicated that it is currently in the process of selling its indoor cultivation license and property in Clackamas County, Oregon, as well.

While the release does not specifically state it is Swell that is sold off, the Dab Society brand was acquired via the purchase of Swell, while the 10,000 square foot processing facility acquired with Swell is located in Portland, Oregon. It should be noted however that the Hood Oil brand, acquired via the Swell transaction, will be remaining with the firm. Both transaction were conducted via a mix of cash and shares.

Following the closing of these transactions, the company will consolidate its Oregon operations into a single unit, with the remaining assets reportedly consisting of two outdoor farms, an indoor cultivation facility, a processing facility, and a wholesale distribution facility. Also retained is the Phantom Farms, Hood Oil, Pure Green, and Eco Firma Farm brands.

The company this morning also provided a slight financial update, indicating that $4.7 million has been added to company coffers thanks to warrant exercises. A further $2.2 million in warrants remain outstanding, along with $4.1 million in debentures. 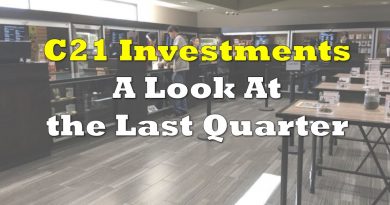 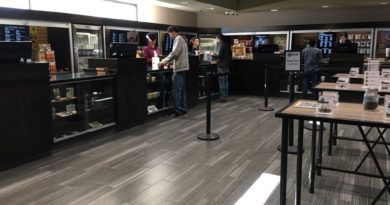 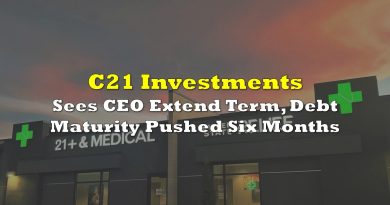