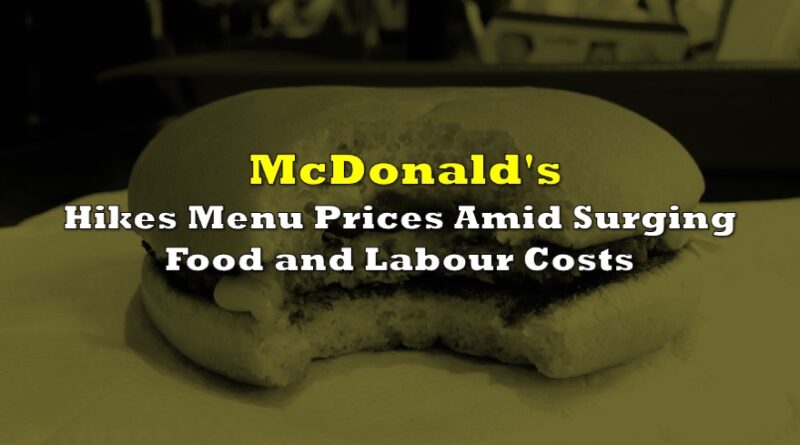 Consumers are about to pay a lot more for a Big Mac, as surging food and labour costs prompt McDonalds (NYSE: MCD) to hike menu prices in an effort to preserve profits.

McDonalds, which is worldly famous for its Big Mac burger, has announced it will be passing an increasing number of costs onto consumers, in wake of soaring global inflation that is hiking up the costs of food, packaging, and various other supplies. On Wednesday, McDonald’s CEO Chris Kempczinski told investors that commodity costs have risen anywhere between 3.5% to 4% from last year, while labour costs have accelerated another 10%. As a result, McDonald’s menu prices are about to jump by about 6% in 2021.

“Certainly, I was hoping and expecting that we were going to see the situation improve maybe a little bit more quickly than what’s materialized,” Kempczinski explained. The price increases come as America’s fast food industry faces a worsening supply chain crisis, that, when coupled with labour shortages, threatens to derail operations. In fact, McDonalds faces such a severe labour shortage, that the fast food company even offered signing bonuses and paid interviews earlier this year in an effort to lure more workers.

However, that proved to be a challenge, because generous unemployment benefits kept workers at home in lieu of the relatively lower pay offered at minimum-wage jobs. The National Owners Association (NOA), a McDonalds franchisees advocacy group, also warned that the combination of skyrocketing food prices and labour shortages will unleash an “inflationary time bomb,” with consumers ultimately footing the bill.

“Price increases are happening everywhere you look and will continue as employers pass along these added costs. We will do the same. A Big Mac will get more expensive,” the NOA said. “Our government officials need to know what is happening out in the real world,” the advocacy group continued, adding that, “They need to know what they are creating; an inflationary time bomb.”

Information for this briefing was found via McDonalds and NOA. The author has no securities or affiliations related to this organization. Not a recommendation to buy or sell. Always do additional research and consult a professional before purchasing a security. The author holds no licenses. 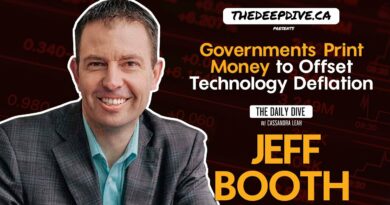 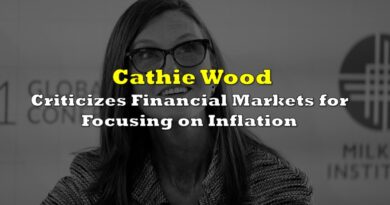 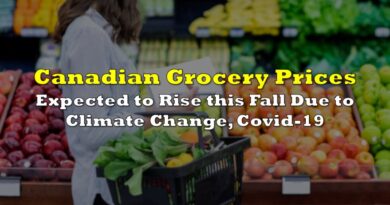 Canadian Grocery Prices Expected to Rise this Fall Due to Climate Change, Covid-19